Blood on his hands: DNA leads to guilty plea, life sentence in 1990 killing 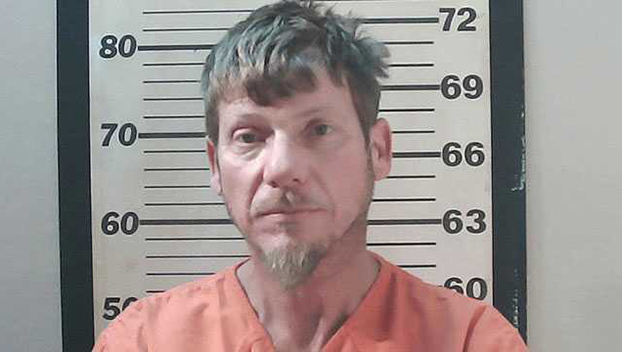 A Mississippi man has been sentenced to life in prison without parole after he pleaded guilty Tuesday to capital murder in the 1990 killing of a woman in a Starkville home.

Michael Wayne Devaughn of Rienzi was arrested in 2018 after an investigator used DNA to connect him to the scene where police said 65-year-old Betty Jones was killed and 81-year-old Kathryn Crigler was sexually assaulted.

The crimes occurred in Oktibbeha County, but Tuesday’s hearing for Devaughn, 53, was held in Lowndes County — part of the same circuit court district with the same prosecutors.

District Attorney Scott Colom told Circuit Judge Lee Coleman that evidence showed Devaughn entered Crigler’s home Sept. 3, 1990, and slashed Jones’ throat before going into Crigler’s room “with his hands covered in blood.” He assaulted Crigler and broke her pelvis before taking her purse and leaving the house, Colom said. He said Crigler “crawled her way to the kitchen” to call for help.

“She did not know at that time that her friend had been killed,” Colom said.

Starkville Police Sgt. Bill Lott said in 2018 that Crigler had only one leg because of a previous amputation. Officers had to break a window to get into her home because the attacker locked the door. Crigler died two months later.

Evidence of sexual assault was taken from Crigler in a hospital, the kit was sealed and DNA evidence was tested years later, Lott said. He said DNA was not widely used in investigations until the mid-1990s. Lott started working for the Starkville Police Department in 1997. He started investigating the attacks on Jones and Crigler in 2004 and sought a laboratory evaluation of the rape kit in 2005.

Lott said he sought to match DNA from the kit with DNA information in a national database of people convicted of felonies. He said he also sent samples to labs that evaluate DNA that people submit to genealogy companies. Virginia-based Parabon NanoLabs matched DNA from the rape kit to DNA from Devaughn’s relatives whose information was on a database for people trying to find genealogical information.

When Devaughn was arrested in October 2018, he was in the Tishomingo County jail in northern Mississippi on drug charges unrelated to the 1990 attack.

Crigler’s granddaughter, Julia Kathryn Holt, told Devaughn in court Tuesday that her grandmother had been her best friend.

“I hope you feel remorse,” Holt said. “I hope you’ve thought about that for 30 years.”

Jones’ niece, Jennifer McWhorter Taylor, said she was relieved for her family to have closure. She said her aunt was “a wonderful person.”

“We’ve always remembered her for being a fun-loving, caring, compassionate lady, and are very thankful for (law enforcement), especially Bill Lott for seeing this through to the end,” Taylor said.