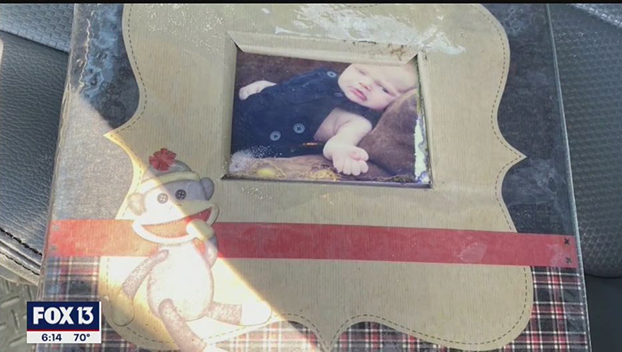 A Florida technician is looking for the owner of a baby book he found on the side of the road while he was in Mississippi helping restore power after Hurricane Zeta.

Mike Engle, a distribution design technician with the Tampa Electric Company, said he found the book full of photos and mementos while on one of his shifts.

Engle told Fox 13 News in Tampa that he spotted the book on the side of the road and knew it was not something that anyone would just throw away.

Inside, Engle found a birth announcement for Ethan Ryan on July 1, 2014. The parents were listed as Jessica and Joseph. A hospital bracelet inside the book offered a last name, but Engle said he had no luck finding the owners. He brought the book back to Florida where he and his wife, Michelle began their search.

The couple, who have two girls of their own, said they will continue trying to find the owners of the book because they know how important such mementos are.

“As a parent, if I had something like this, it would mean the world to me, having that,” said Engle.