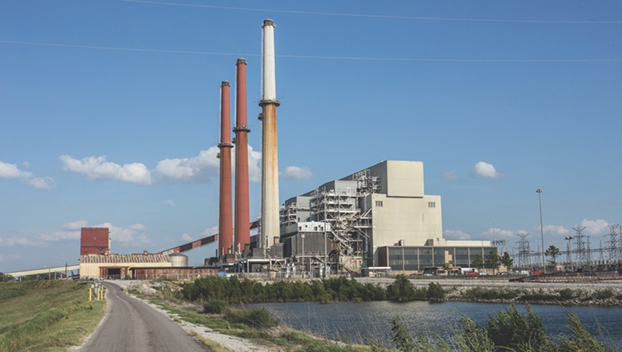 The Tennessee Valley Authority is considering moving toxin-laden coal ash from a retired plant in Memphis to one of two off-site landfills as it begins preparing for the $500 million removal project, the federal utility said Monday.

A TVA report said it has narrowed down the primary destination for coal ash removed from the retired Allen Fossil Plant to either a landfill in Shelby County, Tennessee — not far from the location of the Allen plant — or a landfill in Tunica, Mississippi, about 30 miles (48 kilometers) south of Memphis.

TVA is fielding public comments on the plan until Dec. 17, the report said. The utility, which provides power to more than 10 million people in parts of seven Southern states, has come under scrutiny for its handling of coal ash at other Tennessee plants.

In 2017, high levels of arsenic, lead and fluoride were found in monitoring wells at Allen, sparking fears that the aquifer that supplies Memphis’ drinking water could become tainted.

Testing has since deemed the public water supply unaffected. But a report released by the utility also showed a connection between the shallow aquifer where toxins were found and the deeper Memphis Sand Aquifer that provides the city’s slightly sweet-tasting drinking water.

Allen’s three coal-fired units were retired in 2018. The authority then began supplying power to the grid from the site with the natural gas-powered Allen Combined Cycle Plant.
TVA had previously mentioned other sites in the South where the coal ash could be transported. Other landfills that were considered were in Uniontown, Alabama; Mauk, Georgia; and Bishopville, South Carolina.

Austin said that while the other sites have not been completely ruled out, the primary destination of the coal ash will be landfills in either Shelby County or Tunica. Proximity to the former Allen plant was a main reason why those sites were chosen, and negotiations about cost, daily loads and other factors are ongoing, Austin said.

TVA will use covered trucks that will keep the coal ash enclosed for transport, Austin said.

“We have to have a certain amount of moisture to make sure we don’t have the ash flying out of the truck,” she said.

In its report, TVA said toxins have affected the groundwater in the upper portion of the aquifer. Concentrations of some toxins are above groundwater protection standards, but “impacts to the underlying Memphis aquifer have not been observed,” the report said.

Southern Environmental Law Center attorney Amanda Garcia said Monday that TVA must provide specifics about how the utility will protect removal workers from exposure to the toxic coal ash.

“It could be any of our family, friends and neighbors working on this cleanup,” Garcia said.

The Environmental Protection Agency began working to regulate coal ash after a six-story earthen dam failed in Kingston, Tennessee, spilling 5.4 million cubic yards (4.1 million cubic meters) of ash into the Emory River and surrounding community in 2008. The EPA released regulations in 2015 that treat coal ash more like household garbage than a hazardous material.

Workers who helped remove coal ash from the Kingston plant have sued a TVA contractor, alleging the workers were exposed to dangerous toxins.

Under a separate lawsuit settlement, TVA agreed last year to dig up and remove about 12 million cubic yards (9.2 million cubic meters) of coal ash from unlined pits at a coal-burning power plant in Gallatin, Tennessee. According to court filings, pollutants leached from the ash into the groundwater and then entered the Cumberland River, a source of drinking water for Nashville.