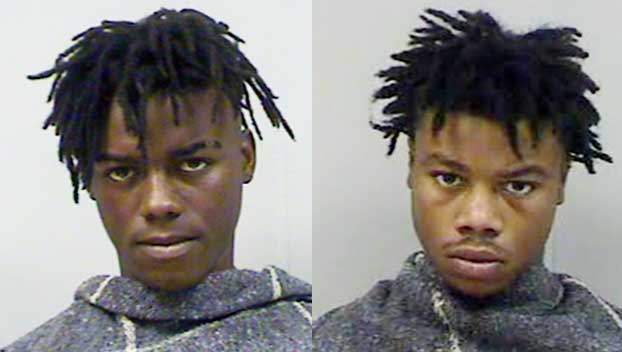 Police say this pair robbed Mississippi man at gunpoint, but victim took their gun away

Cameron Beverly, 20, was arrested on Cedar Lane and charged with three counts of armed robbery.

Beverly is suspected of pointing a gun at three individuals in the 150 block of Seargent S. Prentiss Drive at approximately 6:30 p.m. Tuesday.

One of the victims reported tussled with an armed suspect, believed to be Beverly, and took the gun from him.

Investigators believe the suspect fled the scene as a passenger in a car driven by Davachi Rogers, 21.

Natchez Police Chief Walter Armstrong said an officer who was patrolling the area saw Rogers driving recklessly and at a high rate of speed shortly after the robbery incident and initiated a traffic stop.

After a short chase, the vehicle stopped and Rogers attempted to flee on foot with a passenger before Roger was arrested.

Rogers was charged with fleeing from law enforcement, careless operation of a motor vehicle, possession of marijuana and driving without a driver’s license. Rogers was later charged with three counts of armed robbery in connection with the Tuesday evening incident.

“We have been actively searching for him since this incident occurred,” Armstrong said Thursday afternoon. “Investigators and police officers have all done a wonderful job of developing these cases. This was a violent act perpetrated by these two individuals. We are very proud of the work and quick development that led to these individuals’ arrest.”

A Mississippi sheriff says a 15-year-old boy was hospitalized after being shot by a game warden. Holmes County Sheriff Willie... read more