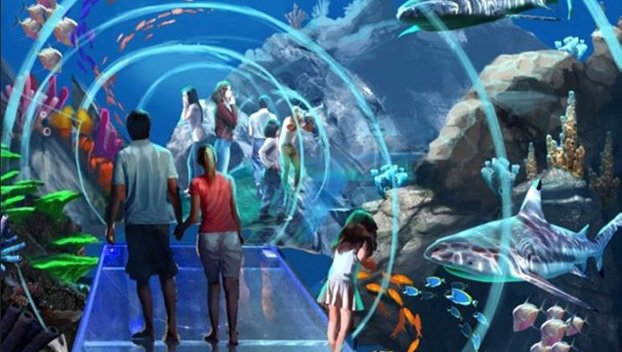 Acrylic panels for the 30-foot long Gulf tunnel have already arrived in Gulfport. Visitors will be able to see sharks and other fish beneath, above and all around them while in the tunnel.

On Archer. On Nigel. On Axel. On Fin.

They may not be Santa’s reindeer, but the Mississippi Aquarium has four new flippers.

WLOX reported Thursday that four young dolphins — Archer, Fin, Nigel and Axel — arrived this week and are getting comfortable in their new surroundings.

The dolphins were born at Sea World in Orlando and have been raised together, the station reports.

“These four dolphins were all raised together in the same social groupings. They’ve formed bonds with each other throughout their entire lives,” Andy Horn, the aquarium’s Curator of Marine Mammals, told the station.

The dolphins will spend the next few weeks interacting with their trainers and then will be moved into the main area of the aquarium around the end of the year.