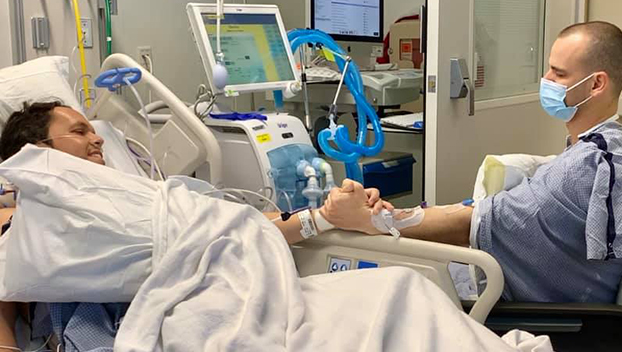 A Mississippi State Trooper gift of life to his lifelong friend in order that his friend could overcome cancer has been considered a success.

MHP Master Sergeant Gary Stanton nd his friend Sandy Byrd continue to recover after Stanton gave a portion of his liver to Byrd in a surgery last week.

The status of the surgery and the recovery process were reported on Facebook recently:

“MHP Master Sergeant Gary Stanton’s surgery to give a portion of his liver to his life long friend, Sandy Byrd, was successful! Please continue to keep Gary and Sandy in your prayers as they recover,” the post said.

On Tuesday, Stanton with Troop F in New Albany and Byrd underwent surgery.

Stanton and Sandy Byrd have been friends since kindergarten. Not only did they graduate together, but the two were also part of each other’s weddings.

In December 2019, Byrd was diagnosed with hepatocellular carcinoma in his liver.

Stanton, who has worked for the Mississippi Highway Patrol for 13 years, said the goal of his job is to save lives and so giving part of his liver to his lifelong friend was another way of accomplishing that goal

Doctors planned to take 59.5% of Stanton’s liver and transplant it into Byrd.