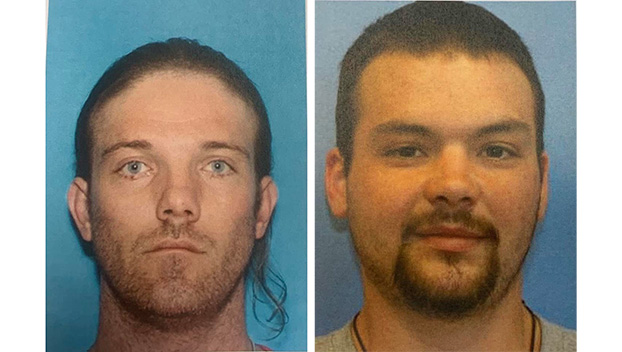 Two men are in custody after leading law enforcement on a chase through multiple communities Saturday.

Bruce Parker and Tristan Scruggs were reportedly attempting to sell a stolen semi-truck Saturday when Mendenhall police attempted to stop the truck on U.S. 49.

Parker, who was the passenger of the stolen truck, reportedly jumped from the moving vehicle. He was apprehended by Mendenhall police and then transported to a local hospital for injuries.

Simpson County deputies continued to pursue the truck through Mendenhall, Martinville and Magee, before Scruggs, drove the semi-truck into a wooded area near the Simpson and Covington county line. Scruggs reportedly jumped from the vehicle and ran into the woods, where he was apprehended and then transported to the Simpson County Adult Detention Center.

Both Scruggs and Parker are facing numerous felony and misdemeanor charges. 

11-year-old being recognized at hero after reacting to fire…