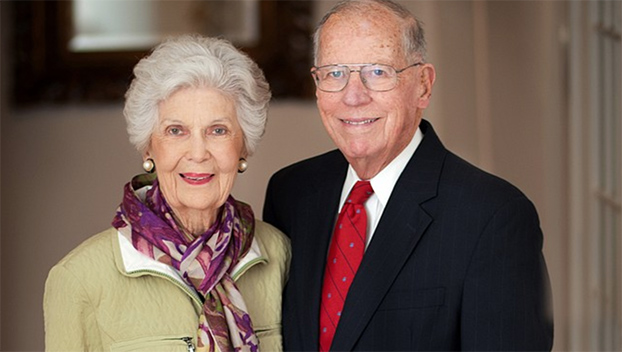 Mississippi leaders are remembering former Gov. William Winter as a champion for education, advocate for improving race relations and supporter of the state Department of Archives and History. A family spokesman said Saturday that Winter died Friday night at home. Some reaction:

“Elee and I are deeply saddened by the loss of former Gov. William Winter. He truly loved this state and his country. And the people of Mississippi loved him back. He will be missed by all of us.” — Mississippi Gov. Tate Reeves, a Republican who took office in January.

“Mississippi has lost a great leader and statesman. Deborah and I offer our deepest condolences and prayers to the family of Governor William Winter upon his passing.” — former Mississippi Gov. Phil Bryant, a Republican who held the office from 2012 to early 2020.

“Governor William Winter was a student of History and a clarion voice for a better future. From a call for kindergartens, more support for our public schools and a change of our flag, his voice was for a new and better Mississippi for all. We have lost a true Statesman.” — Former Mississippi Gov. Ronnie Musgrove, a Democrat who served from 2000 to 2004.

“William Winter, best governor Mississippi ever had … & a beacon for equality, inclusion, ethics & education has died.

Mississippi & USA so much better because of his life & service.” — former Mississippi Gov. Ray Mabus, a Democrat in office from 1988 to 1992 and who previously served on Winter’s gubernatorial staff.

“Mississippi has lost a giant, and my family has lost a friend and neighbor. Another courageous member of the greatest generation joins the great cloud of witnesses.” — U.S. Sen. Roger Wicker, R-Miss.

“Mississippi mourns the loss of former Gov. William Winter. He will be remembered for his dedicated service and commitment to Mississippi and our nation.” — U.S. Sen. Cindy Hyde-Smith, R-Miss.

“I was saddened to learn of the passing of former Governor William F. Winter. Mississippi has lost one of its greatest ambassadors. His work on earth speaks for itself. Rest in peace.” — U.S. Rep. Bennie Thompson, D-Miss.

“William Winter brings people of all walks of life together for honest discussion.” — Civil rights leader Myrlie Evers in a statement prepared on behalf of the Winter family before his death. Evers and Winter worked together on projects for the state Department of Archives and History, including the Museum of Mississippi History and the adjoining Mississippi Civil Rights Museum. They both spoke at the museums’ opening in December 2017.

Mississippi Department of Archives and History director Katie Blount said Winter helped secure public and private funding for the two history museums: “These museums stand at the intersection of William Winter’s greatest passions — history, education, and racial justice. Generations of young people will come here to experience the stories that have shaped our state and nation.”

Former Mississippi Supreme Court Justices Reuben V. Anderson, who is the current president of the Department of Archives and History Board of Trustees: “With his encouragement, MDAH strengthened its focus on African American history in Mississippi, acquiring significant collections of papers, mounting award-winning exhibits, and offering grants for the preservation of sites associated with African American history. Most notably, his close friendship with Myrlie Evers led to her decision to donate the Medgar and Myrlie Evers Collection to MDAH in 2002.”

“Today we honor the life of former Mississippi Gov. William Winter. A true statesman, Gov. Winter championed some of the greatest education reform the state of Mississippi has seen. We’re forever grateful for his service. Our thoughts and prayers are with the Winter family.” — statement from the Mississippi Legislative Black Caucus.

“Mississippi has lost her senior statesman with the passing of Gov. William Winter. He was a mentor to me and many and, without a doubt, Mississippi’s biggest cheerleader for public education. He represented decency, honesty and the best of Mississippi.” — northern district Public Service Commissioner Brandon Presley, a Democrat.

“When Mississippi most needed a light to guide us out of the darkness, it turned to William Winter. He taught us to love one another, to make the most of our time in public service, and to place the highest value on education as the means of lifting people out of poverty and despair.” — Jacqueline Amos, a Democratic National Committee member from Mississippi.

“What a remarkable life that Gov. William Winter lived! To borrow a quote from former (Mississippi House) Speaker Billy McCoy, ‘a mighty oak has fallen.’ I appreciate his great life and his always being ‘on the right side’ — even when he was on that side alone.” — former U.S. Rep. Travis Childers, D-Miss.

“Governor William Winter spent a lifetime serving the people of Mississippi. He will be remembered for his many significant policy decisions and his love for this State.” — Mississippi Attorney General Lynn Fitch, a Republican.

“Gov. Winter was a giant of Mississippi politics and an accomplished leader. I was honored to get to know him when I was a student at Ole Miss, and even more honored when he wrote a recommendation for my application for the Rhodes Scholarship. Mississippi has lost a statesman.” — state Auditor Shad White, a Republican.

“What a gift to have 97 years of William Winter. I am grateful that he remained open to new friendships in his 80s and 90s and I am thankful that his family shared him with us (not that anyone could stop him).” — former state Rep. Brandon Jones, a Democrat.

Mississippi mom accused of videoing herself suffocating her 6-month-old…