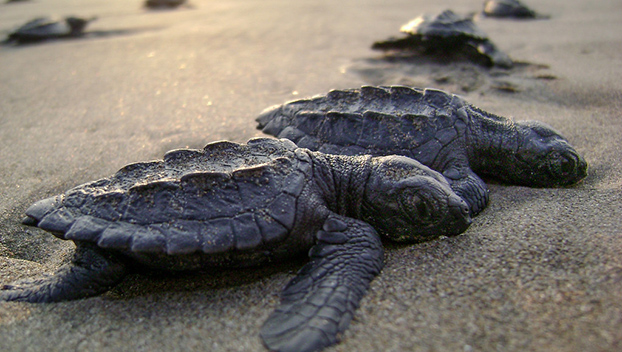 Seventy-five endangered sea turtles are being treated in Mississippi and Louisiana after being rescued from New England beaches where they washed up, injured and sick from the cold.

Twenty-five are being treated at the Mississippi Aquarium and 20 at the Institute for Marine Mammal Studies, which are about 5.5 miles (9 kilometers) apart in Gulfport.

Another 30 are being treated at the Audubon Nature Institute in New Orleans.

More than 800 turtles have been stranded in New England so far this year, according to a news release from the aquarium. That’s about the number found during the entire winter of 2018-2019. A paper published in 2019 predicted that by 2031, more than 2,300 Kemp’s ridleys a year could be stranded as warming temperatures attract more and more to the Gulf of Maine.

Once the turtles are well and the Gulf of Mexico is warm enough, the turtles will be released there. Rehabilitation can take months.

“This project directly aligns with our mission of conservation … We are so thankful to all of our partners who are making it possible for us to help these sea turtles,” she said.

The Mississippi Aquarium says the turtles’ trip to Mississippi was arranged with help from the National Oceanic and Atmospheric Administration’s Sea Turtle Stranding and Salvage Network, a volunteer pilots group called Turtles Fly Too, the Mississippi Department of Marine Resources and the U.S. Fish and Wildlife Service.

Six of the world’s seven sea turtle species are found in U.S. waters, and they’re all endangered or threatened, according to NOAA.