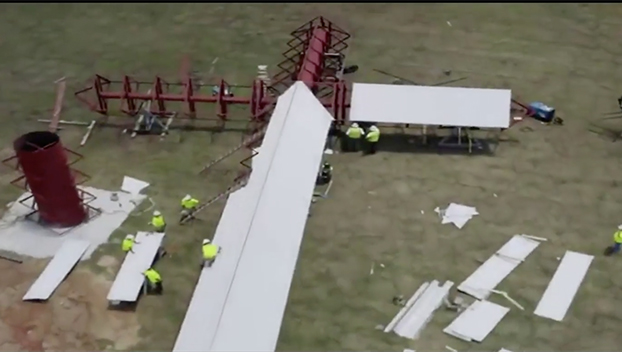 A group is working to build a symbol of hope and healing for drivers along a stretch of a Mississippi highway.

Retired Mississippi Department of Corrections parole and probation officer Deryl Saylors and others, including Prentiss County Sheriff Randy Tolar, have formed a nonprofit to collect money that will place a 120-foot tall cross on a property next to  Highway 45 and County Road 7000.  The cross will be identical to others across the state, most of those are off of Interstate 55. The Prentiss County cross will stand 120 feet tall and 64 feet wide, with a seating area at the base and parking.

Inspiration for the “Build the Cross ” project began a year ago when Saylors said he had a conversation with God, Saylors told WCBI news.

Saylors said he believes the project will be a testament to the faith of many in the region and a beacon of hope for motorists who travel the highway every day. Saylor said he hopes those who see the cross will get to know God a little bit better.

The budget for the project is $200,000. Donations have reached more than $80,000, thanks to an anonymous donation of $25,000 in the past few days. Once they reach$100,000, talks will begin with the contractor who will then have a timeline for construction of the cross.

In 2020 country sees biggest increase in deaths since…