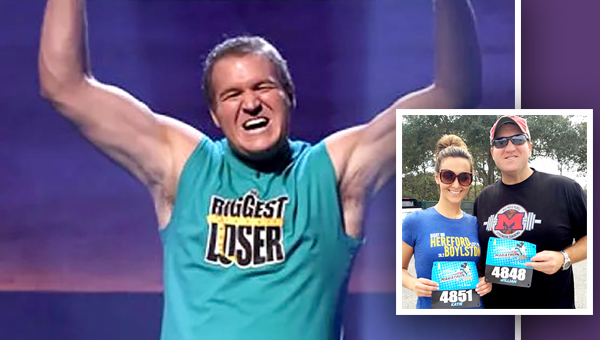 A decade ago, Vicksburg celebrated as one of its own became a winner and a loser all at the same time.

This month marks the 10th anniversary of Vicksburg’s Patrick House being named the winner of NBC’s ‘The Biggest Loser.” And in that time, House said that experience, that victory, not only gave him the experience of a lifetime but gave him “a second chance at life.”

“I literally won that night, got on a plane at LAX (Los Angeles Airport) and flew red-eye overnight to New York,” House said. “We got off the plane in New York City, they picked us up in a limo, and took us straight to the Today Show.”

During the show and after, he was given access to “world-class training.” “It was like winning the healthcare lottery,” he said.

Since the show, House has maintained his healthy lifestyle through running, but he is no average runner.

House has run the Boston Marathon five times, and before the COVID-19 pandemic hit, he had plans of running his third Disney Half Marathon. Due to the pandemic, the race was conducted virtually.

In the time since his victory on “The Biggest Loser,” House moved to South Carolina shortly to work at a school for overweight children. Today, he lives in Brandon with his wife, Katie, and works at Pearl River Casino in Philadelphia.

And even though his victory on the show was a decade ago, people still recognize him and tell him the impact his fitness journey had on their lives.

“People will come up to me and say, ‘because of watching you I became more active and more healthy,’” House said.

House has not forgotten what it was like before the show. He compares life before and after “The Biggest Loser” to the difference between night and day.

“Prior to Biggest Loser, things that one would take for granted were difficult for me. Running and playing with my kids. Riding rides at Disney. Walking around Disney all day. Fitting into a booth at a restaurant,” House said. “Things like that were difficult. Everything has changed now and changed for the better.”

Authorities are continuing the search for two duck hunters missing on the Mississippi River since Dec. 3, but have been... read more