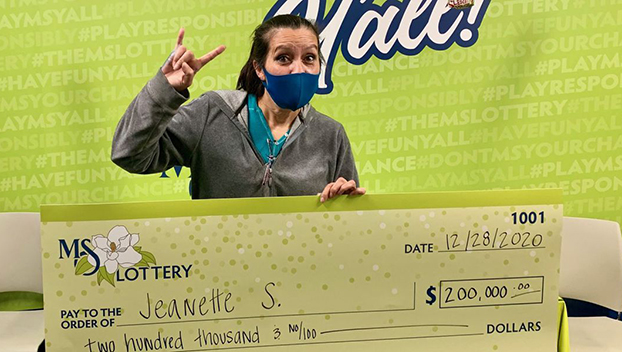 A Tupelo woman got a belated Christmas present when she won a major prize in the Mississippi Lottery.

Mississippi Lottery officials report that Jeanette S. of Tupelo won $200,000 in one of the lottery’s scratch off games.

She bought the ticket from Murphy Oil on W Main Street in Tupelo.

Jeanette S. may not be the only Mississippians to win big by the end of the year.  Major jackpots are still up for grabs in the Mega Millions and Powerball lotteries. Both lotteries sell tickets in Mississippi.