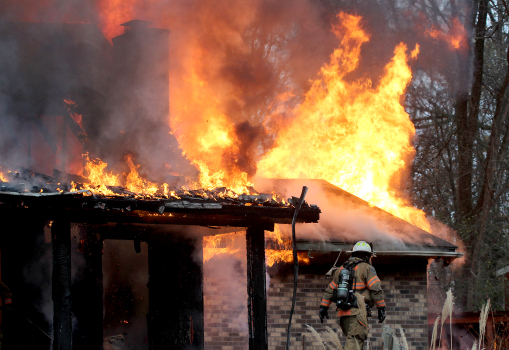 A Mississippi man died in an early morning fire Thursday that destroyed a home on Shadow Wood Drive in Warren County.

Lucius Jackson Jr., 78, was found in a bedroom of the home at 7 Shadow Wood Drive, Warren County Fire Coordinator Jerry Briggs said. He was pronounced dead at the scene by Deputy Warren County Coroner Ron Regan. An autopsy was ordered.

Other residents in the house, a woman and four children, were able to get out of the home without apparent injuries.

Firefighters were called about 8:47 a.m. Members of the Fisher Ferry, Culkin and LeTourneau Volunteer Fire departments responded to the blaze. The cause is undetermined.

Briggs said everyone was asleep in the house when one of the children smelled smoke and woke his mother up. She saw fire in the kitchen and living room area and got the rest of the children out. Family members tried to get Jackson out but were unsuccessful, Briggs said.

“When we found out there was another person inside the house, we called Vicksburg Fire rescue and ambulance and (Vicksburg) Fire Chief Craig Danczyk,” Briggs said.