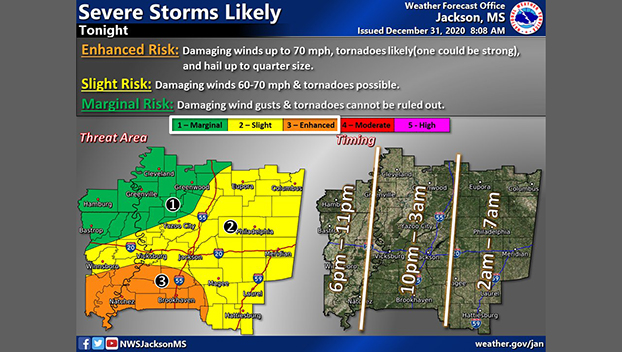 The National Weather Service in Jackson said Mississippi residents can expect a strong storm system to enter the western edge of the state at approximately 6 p.m. NWS released a timeline of today’s approaching weather system, alert residents to be aware of the possibility of severe weather, including hail, strong winds and tornadoes.

A tornado watch has already been issued for portions of Louisiana until 9 p.m. Thursday evening. The watch area could be extended into parts of Mississippi as the storm system moves across the region.

Here is a look at the timing for the weather tonight. Check your safety plan and stay weather aware as you ring in the New Year tonight! pic.twitter.com/rOWMOHIbOx

A simple, makeshift sign on the counter of the Oxford Post office earlier this month communicated the bad news. “It... read more