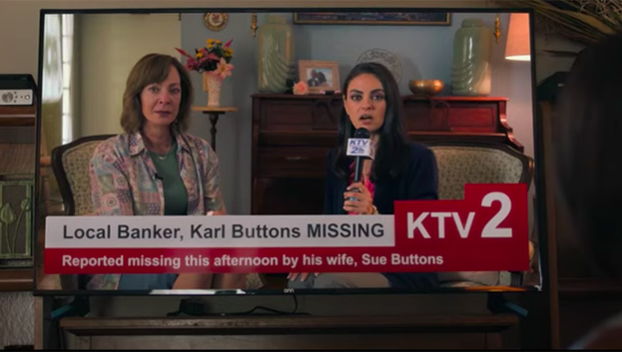 “Breaking News in Yuba County,” which was filmed in Natchez, Mississippi, premiers digitally and in and theaters on Feb. 12.

Film Natchez, a nonprofit aiming to promote the film industry in Natchez, promoted the release on their social media page Wednesday.

“Filmed in Natchez! See our town on the ‘big screen’ Feb. 12! #filmnatchez #filmmississippi,” Film Natchez posted with a link to the theatrical trailer.

“Breaking News in Yuba County” is directed by Tate Taylor, who is also known for films such as “Ma,” — also filmed in Natchez — and “The Help.”

Hints of drama, comedy and familiar Natchez locations could be seen throughout the theatrical trailer floating on social media Wednesday.

Janney plays the role of Sue Buttons, a woman who becomes a celebrity in fictional Yuba County after the disappearance of her husband, Karl.

Sue’s life unravels as she tries to hide the truth of Karl’s disappearance from family, friends and a cop who finds her suspicious.

“Usually in a missing person case, people call the police before they call the media,” says Hall portraying the cop in the movie trailer.

Day after Reeves expands eligibility and day he gets…