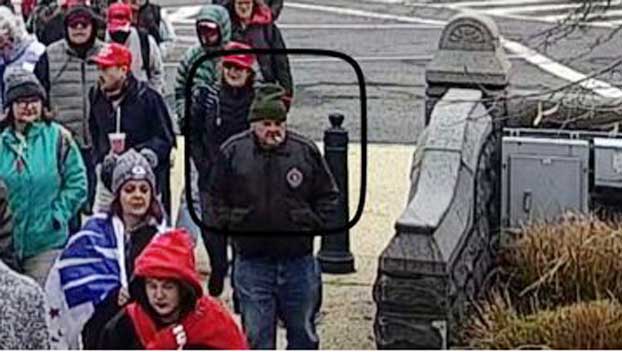 An Alabama man charged with bringing a truckload of weapons to Washington D.C., including components for explosive devices, must be held without bond, a federal judge ordered Friday.

U.S. Magistrate Judge G. Michael Harvey wrote in his decision that the amount of weapons Lonnie Leroy Coffman had, as well as notes in his truck, “suggest that he came here with the intent to use the cache of firepower found in his vehicle to commit violence against government officials or to assist others in doing so.”

Coffman, who is from Falkville, was arrested the evening of Jan. 6, after a riot in the U.S. Capitol by a mob backing President Donald Trump. The breach of the Capitol followed a rally led by Trump in which he repeated false claims of a stolen election and urged his supporters to “fight like hell.”

Prosecutors said Coffman left his truck in the morning during that day of chaos and rioting and was arrested when he returned to the truck in the evening. Investigators found the weapons while he was gone.

An email to Coffman’s defense attorney was not returned after his arrest. According to court documents, Coffman asked to be able to return home to Alabama and noted that he is a veteran, has no criminal history and is not charged with any acts of violence.

He also argued that his age and health conditions make him more susceptible to COVID-19 in the Washington jail.

Prosecutors said the note in the truck referred to a judge appointed by then-President Barack Obama as a “bad guy” and gave the name of a member of Congress, noting the representative is of Muslim faith.