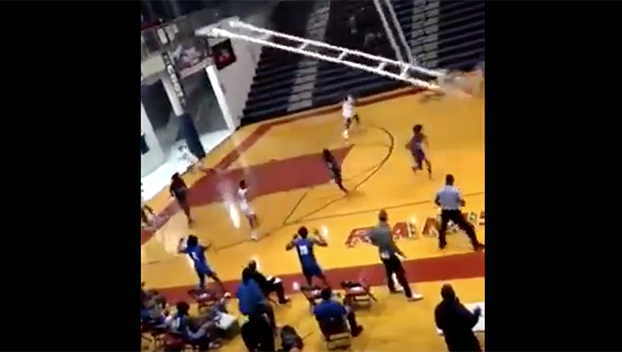 A Mississippi State basketball recruit not only shattered the backboard but brought down the entire hoop apparatus during a high school basketball game.

Video on Twitter shows what happened after KeShawn Murphy of Ramsay High School in Birmingham went up to dunk the ball during the game versus Carver High School, which was immediately halted after the goal malfunction.

No one was hurt when the goal and the attached structure swung into the court.

Murphy, a 3-star power forward who is committed to playing for Mississippi State, checks in at 6-foot-10 and 225 pounds, so if anyone was going to bring that thing down, it was probably going to be him.