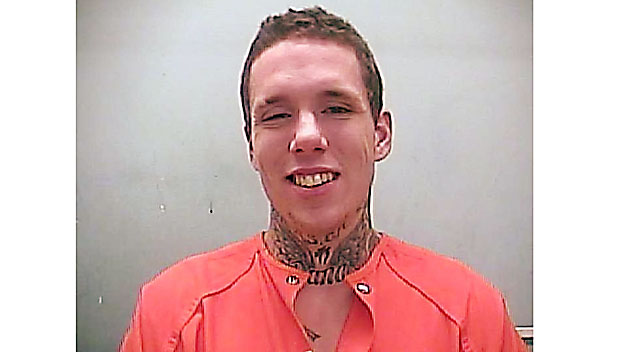 Adams County Sheriff’s Office deputies arrested a man who they believe broke into two occupied homes on Monday and in one case tried to claim he had permission to be there.

Investigators arrested Christopher Kade Shell, 24, of Roxie, for breaking into homes on Kaiser Lake Road and on North Palestine Road.

On Monday, deputies were dispatched to Kaiser Lake Road in reference to someone trying to break into a house, according to a news release from ACSO.

When deputies arrived, they spoke with the homeowner who said that a friend who was staying at her house called to say someone was trying to climb into the window with a baseball bat.

Witnesses said the man put out his hand as if to shake and introduced himself as Chris Shell and claimed the homeowner said it was alright for him to come in, deputies reported.

The man reportedly dropped the bat and ran to a vehicle and left the area.

Deputies were later dispatched to North Palestine Road for another break-in.

The victim, in this case, said the suspect was inside an elderly woman’s home when he was seen by her daughter and fled the scene.

This victim gave a similar description of the suspect from Kaiser Lake Road.

A deputy contacted other residents in the Kaiser Lake Road area to get more information and then obtained a photo line-up from investigators, which he used for the victim to identify a suspect, the release states.

Based on the victims’ descriptions, deputies identified the offender as Shell and initiated a traffic stop on a vehicle being driven by Shell.

During the traffic stop, Shell had controlled substances in his possession, the release states.

Shell is awaiting arraignment at the Adams County Jail.