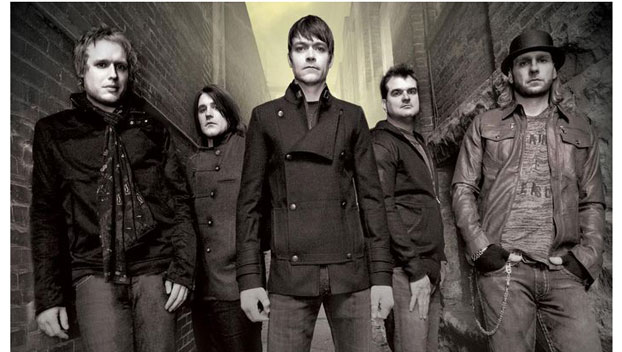 Mississippi rock band 3 Doors Down is celebrating the 20th anniversary of their multi-platinum debut album The Better Life with three opportunities to watch them from the safety and comfort of your living room performing live from Nashville, Tennessee.

The series kicks off on February 5 and will feature the band, for the first time, playing their debut album in its entirety plus three never before heard songs from their vault. One February 19, “Greatest Hits Acoustic,” and March 5, “Greatest Hits Live & Electric” will mark the next shows’ dates in the series. The setlists are varied for three unique fan experiences.

The “3 X LIVE” PPV series will be streamed and ticketed by Mandolin.

Individual show tickets are $20, and the three show bundle is $50.

The band will be offering limited and exclusive merchandise packages, including show t-shirts, exclusive posters, and more available during each show. All shows will be available to stream on-demand for 48 Hours from the original date and time.

Click HERE for more information or to purchase tickets.

“I think we can all safely say 2020 is a year we all want to get behind us,” 3 Doors Down frontman and celebrated songwriter Brad Arnold said. “We jumped when presented with the opportunity to kick-off 2021 with these PPV shows. As a band, we didn’t get to play together last year, so we’re looking forward to rocking these shows for our fans across the world and looking forward to hitting the road later in 2021.”

The Mississippi group was formed in 1995 and earned many accolades include selling 20 million albums globally, receiving a Grammy nomination, two American Music Awards, and five BMI Pop Awards for songwriting, including “Songwriter of the Year.” Their debut, The Better Life, became certified seven-times RIAA platinum and was fueled by the success of juggernaut hit “Kryptonite.”