Charged at 13, still awaiting murder trial at 16: ‘He is mentally incapable of understanding what is going on,’ sister says 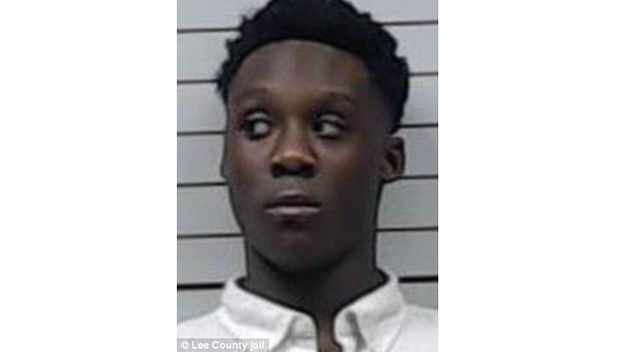 Born into a household rife with crack cocaine, Quindaris Burress, the youngest of four siblings, was left in an environment no child should ever know, his sister, Alexis Hill, says.

While the other siblings were removed from their Baldwyn home, Quindaris was sent at age 9 to a behavioral treatment center.

By the time he was 11, he was two years behind in school.

Two years later, he was in jail, accused of capital murder. At age 13, Quindaris was charged as an adult in the October 2017 shooting death of 70-year-old Henry Adams Jr. The Baldwyn businessman, who authorities said sold used vehicles out of his home and was known to have cash on hand, was found dead in his home from multiple gunshot wounds.

Today, Quindaris Burress has still not been tried. At 16, he remains in the Lee County Adult Detention Center in Tupelo. His case has renewed the debate over whether children should be charged as adults in capital murder cases.

“He has been in there three years, and it’s the same situation,” Hill said. “He is mentally incapable of understanding what is going on.”

About 10 days after Adams’ body was found in his home, Burress and two other teens were charged with capital murder by the Baldwyn Police Department, but the other two youths, then 13 and 14, weren’t indicted by a grand jury, Lee County District Attorney John Weddle has said.

Weddle couldn’t be reached for comment about the case. Authorities said one of the youths initially charged in the case, whom they did not identify by name, had worked for Adams washing vehicles and knew he kept cash at home.

Hill said no family member was present when authorities questioned her brother about the crime. She said her brother confessed to the crime when he was promised he could go home, but later recanted.

“No one pressured him,” Agnew said.

Prosecutors and court-appointed attorneys for Burress have asked for a mental evaluation for the accused teen.

Family members said Adams never met a stranger and would give the shirt off his back to help anyone.

“My father was a friend to many,” said Lesley Adams Berry, his only child. “He was always there for his friends, family or any others who were in need. He had a good heart, and I miss him immensely. He sold cars most of his life, loved his tractor, savored relics from his past and was one hell of a basketball player in high school and college.

“His life was taken violently and senselessly. I live the loss of him every single day. I live the trauma of seeing the crime scene every day and even in my sleep. The act of murder doesn’t stop when the victim dies. It lives on to affect their loved ones. He taught me many life lessons and I can only wonder what lessons I will never get to learn because of a violent criminal,” Berry said.

Berry said age shouldn’t excuse consequence. “I work with teens and from my experience they very much know right from wrong, and in my father’s case, it was a no brainer on whether or not it was right or wrong. Even so, if anyone at any age regardless of upbringing or biology is capable of committing such a violent senseless crime, then that person is a danger to society and should suffer consequences to the fullest extent of the law.”

Mississippi allows children 13 and older to be charged and tried as adults. A study by the MacArthur Foundation said every state allows children under 16 to be tried as adults, but new research indicates many cannot understand their situations well enough to aid their defense. No inmates currently serving time in the state’s prison system were age 13 at the time of sentencing, the Mississippi Department of Corrections said in response to a public records request.

The private MacArthur Foundation study said many children under 16 had as much difficulty grasping the complex legal proceedings as adults who had been ruled incompetent to go to trial.

Temple University Professor of Psychology Laurence Steinberg, who authored the study, told the Mississippi Center for Investigative Reporting that he doesn’t think it’s ever appropriate for someone under 15 to be charged as an adult. He also said he doesn’t think it will be constitutional to sentence a teen to life in prison without parole after the U.S. Supreme Court’s decision that people under 18 cannot be subject to mandatory life without parole sentences without an individualized assessment.

Steinberg has said there is a likelihood a large number of juveniles tried as adults are not competent to stand trial.

The MacArthur Foundation study recommended that states reconsider the minimum age for juveniles to be tried as adults or to develop a system for evaluating young defendants’ competence.

Children threatened by abuse, neglect, violence, racial bias and poverty are usually ignored – unless they do something violent, according to the Equal Justice Initiative, the Montgomery, Alabama-based private nonprofit organization that works to protect children from abusive treatment in the adult criminal justice center.

The Equal Justice Initiative said the United States is the only country that allows children as young as age 13 to be sentenced to life without parole.

The organization was successful in getting the life without parole sentence overturned of Demarious Banyard, who was charged at age 13 with capital murder in Jackson, Mississippi.

In 2003, Banyard, a then-13-year-old seventh-grader was accused of the shooting death of 25-year-old Robin Ballard, a Domino’s Pizza delivery employee, at Westwick Apartments in Jackson.

Banyard was convicted of capital murder in 2006 by a Hinds County Circuit Court jury that took about two hours to convict him of killing the pizza delivery man on Feb. 24, 2003, during an attempted robbery.

“I was scared he would put bullets in the gun and shoot me,” Banyard said.

Banyard testified Ragsdale told him the gun was empty, but the gun fired when his finger accidentally hit the trigger as he was giving it to Ragsdale.

The youth testified he had never touched a gun before the shooting.

Witnesses testified during the three-day trial that Banyard agreed to participate in the robbery attempt on a dare while a group was playing basketball at the complex’s playground.

The jury could have found Banyard guilty of the lesser charge of murder, which carries up to 65 years in prison.

The state Supreme Court reversed Banyard’s conviction in 2010, saying the jury should have been allowed to consider his claim of being under duress by Ragsdale when Ballard was shot.

The state high court ordered a new trial for Banyard. He was allowed to plead guilty to manslaughter in a plea deal, avoiding a retrial. A Hinds County Circuit judge resentenced Banyard in 2012 to 20 years in prison with credit for time served. He was released from prison in early 2020. Banyard was charged in March 2020 with being a felon in possession of a firearm, possession of marijuana and carrying a concealed weapon. The case is still pending.