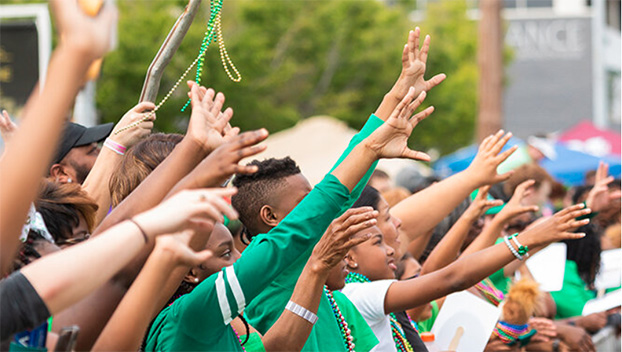 Organizers of a historic parade in Mississippi say they’re canceling the in-person event this year over concerns about the coronavirus.

Organizers of the Hal’s St. Paddy’s Parade are working on a virtual parade, The Clarion Ledger reported.

Details for the virtual parade planned for March 27 are still being finalized, parade organizers said Tuesday.

The online event would raise money through sponsorships and donations for the Blair E. Batson Hospital for Children at the University of Mississippi Medical Center. In 2019, the parade raised more than $10,000 for the children’s hospital.

The parade and festival was canceled for the first time in its 37-year history.