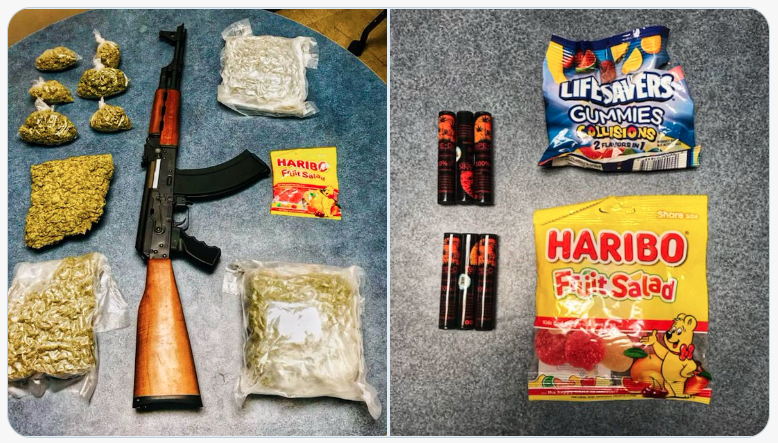 An AK-47 rifle and several pounds of drugs were seized after a search warrant by the Jackson Police Department.

JPD officials made the announcement on social media Friday.

#JPD Vice & Narcotics intercepted a package this week, resulting in a search warrant. A rifle was recovered along with approx. 4 pounds of marijuana, edible THC candies and vapes; street value estimated at $24,000. 1/2 pic.twitter.com/sL8pMMdq7q

Philip Johnson, 32, was arrested and charged with aggravated marijuana trafficking and possession of marijuana within 1,500 feet of a church.

Officials say the city’s vice and narcotics unit intercepted a package that led to the search warrant.

They seized an AK-47, four pounds of marijuana, THC candy and vapes. The total estimated value was $24,000.

Two Mississippi high school seniors on the way to…