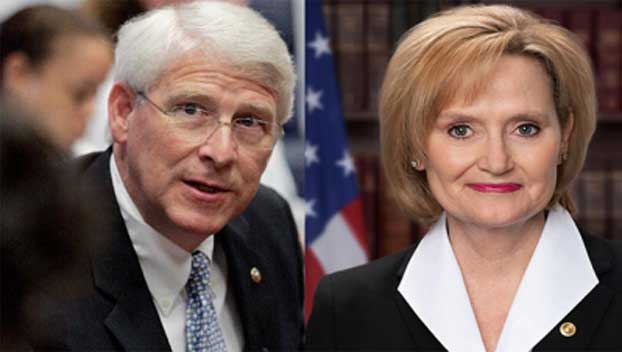 “During the nearly 234 years of our Constitution’s existence, no public official has ever been convicted in an impeachment trial after leaving office,” U.S. Sen. Roger Wicker said in a statement. “That long-standing precedent was followed again today.”

“After carefully reviewing the evidence and legal arguments from counsel for both parties, I am convinced that impeachment was intended only as a means of removing presidents and other officials from office,” he said. “On two occasions during this trial, I had already voted not to proceed to trial based on this jurisdictional issue. My vote for acquittal today was consistent with those previous votes.

“Like all Americans, I am deeply troubled by the violent actions of individuals who invaded the U.S. Capitol and attacked our law enforcement officers on January 6. The facts surrounding this attack should be fully and thoroughly investigated, and those criminals should be prosecuted to the fullest extent of the law.

“First, the impeachment of a former President is not part of the Constitution, which states clearly that ‘impeachment shall not extend further than to remove from office.’ Donald Trump is no longer the President,” she said. “Second, I believe the defense team proved conclusively that President Trump’s speech on January 6 neither implicitly nor explicitly encouraged the use of violence or lawless action.

“We are a nation struggling with a public health emergency and economic trouble. This politically motivated impeachment trial represents another unnecessary and troubling chapter to the terrible crimes committed against our government on January 6. Our efforts should be focused on prosecuting the lawbreakers, improving Capitol security, and healing the wounds of those hurt on that sad day.”

House Democrats impeached President Trump on a single charge of “incitement of insurrection.” The Senate acquitted the former President on a 57-43 vote, with votes falling mostly along party lines. Seven Republicans voted to convict Trump, however, 67 votes are required for conviction.