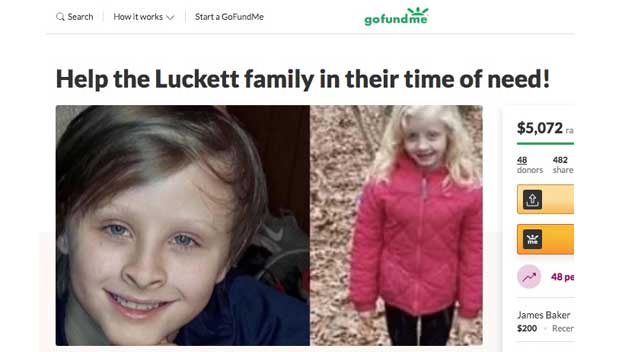 A Tennessee 10-year-old boy died Sunday after jumping into a frozen pond to save his younger sister who fell through thin ice, the local sheriff reports.

Localmemphis.com identified the children as Benjamin Luckett, 10, and Abigail Luckett, 6.

The family’s pastor told ABC 24 that Benjamin was trying to save his sister.

“The girl fell in. The 10-year-old brother jumped in. There was another brother there who ran back to the house,” said Dr. Stacy Stilgenbauer, pastor at Leawood East Baptist Church in Cordoba, Tennessee.

Benjamin was pronounced dead at the hospital, and Abigail was in critical condition. The church announced on social media Monday that she was still on a ventilator but following commands which made doctors hopeful she hadn’t sustained neurological damage.