Thousands of Mississippians in cities across state without water 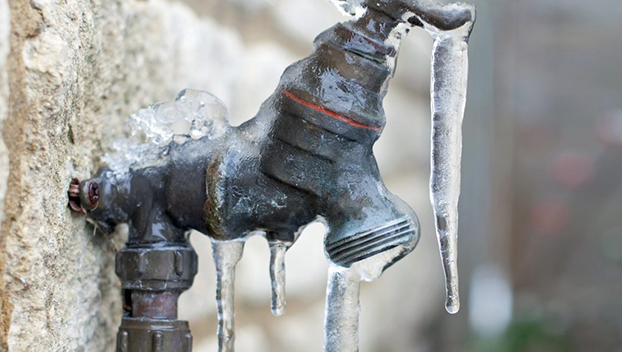 Thousands of Mississippians woke up without water Friday, as cities — including Jackson, Crystla Springs, Natchez and Vicksburg — work to get water systems back up and running after they were shut down by this week’s winter storm.

Almost all of Jackson, a city of around 150,000 people, is now without water, Mayor Chokwe Antar Lumumba said.

Lumumba said public works crews are working to pump as much water as they can to refill the city’s tanks. The city is approaching a critical shortage in chemicals used to treat the city’s water, the mayor said. Road closures are making it difficult for distributors to make needed deliveries.

“We are dealing with an extreme challenge with getting more water through our distribution system,” he said. “This becomes increasingly challenging because we have so many residents at home, and while the residents are at home, that means that people are utilizing or attempting to use the water at a higher rate.”

Linda Weathersby, an administrative assistant for the mayor’s office in Jackson, lives in an apartment building for seniors in the city.

There are 85 seniors who have been living in her building without water since Monday, Weathersby, said. The assistant manager at her building bought bottled water and was bringing to residents door-to-door.

Weathersby said she’s spent part of the day outside with a bucket collecting ice to melt and use to flush her toilet.

Jackson is among several cities and towns in Mississippi reporting little or no water as a result of the winter storm.

In Natchez, residents continue to be under a boil water notice, as the city deals with losses in pressure.

Natchez  Mayor Dan Gibson discussed the city’s water challenges in a Thursday Facebook post. The mayor said he has declared a state of emergency.

Gibson said water pressure in some places had fallen to a trickle, while in others it was nonexistent.

“Our city’s water system experienced a tremendous loss of pressure due to water (main) breaks all over town,” the mayor said.
“Normally, our system pumps over seven million gallons a day from the city water wells,” he said. “This is plenty for an average daily consumption of about 2.9 million gallons this time of year.”

Due to breaks and to people staying at home, water consumption has grown to over 16 million gallons a day, he said.

Residents of Crystal Springs also have no water.

Much of the city  just south of Jackson is without power and residents left in the dark.

Nearly 2,500 water connections in the city are also without water in the aftermath of the ice storm, WLBT News reports. The city’s well system powered by electricity was cut off.

In Vicksburg, Mayor George Flaggs Jr. told the Vicksburg Post early Friday that water pressure within the city’s water system was continuing to build back pressure and that most residents in the city should have water.

“There might be some who have low pressure, but the pressure is continuing to build,” Flaggs said. “Yesterday we discovered a number of large leaks within Vicksburg Forest Products, Cooper Lighting and a big one at the former Margaritaville Hotel. That helped a lot, but we have also fixed a number of smaller ones throughout the city.”

Flaggs said that if residents see any large leaks, to call his cell phone number at 601-942-0492. And, Flaggs said, if there are some residents who do not have water, there is a chance they may have frozen pipes.

He said the city’s utility department has multiple teams out this morning looking for and repairing any leaks.