The Moss Point Board of Aldermen is calling for Mayor Mario King to immediately step down as he finalizes his plea agreement on federal charges.

Friday, the board held a special call meeting after court papers were filed this week announcing Mayor King’s intent to plead guilty.

Prosecutors said Moss Point Mayor Mario King and his wife, Natasha R. King, raised money for mental health programs in schools but spent it on themselves for expenses that included car payments and the purchase of a pet dog.

Documents showing the intention to plead guilty were filed Tuesday for Mario King and Wednesday for Natasha King. Their hearing is set for Feb. 24 in Gulfport. They are charged with conspiracy to defraud the United States and aiding and abetting wire fraud.

In a statement released Friday, members of the Board of Aldermen stated, “It is unfortunate that the law did not allow the Board to place the Mayor on administrative leave during this time so that City business would not be disrupted with the ongoing criminal allegations. However, the Board recognizes, understands, and appreciates that we are all innocent until proven guilty. With this week’s announcement, it appears that the mayor intends to plead ‘guilty’ to at least one count of the indictment. As such, the Board is requesting immediate action following the entry of his guilty plea next week.”

Mario King is a Democrat and was elected mayor in June 2017. He is not seeking reelection this year.

According to an indictment that was issued June 10 and unsealed July 10, Mario King and Natasha King began soliciting money in late 2018 for a March 23, 2019, event in Moss Point. A solicitation said the “gala honors and supports organizations that are making a difference for the mental health community. Proceeds support the efforts of mental health in the City of Moss Point with a focus on the Moss Point School District, converting spaces into a therapeutic and innovative learning environment.”

The indictment said the mayor and his wife made a local television appearance to promote the event.

The indictment said some of the money raised paid for expenses of the gala, but the rest did not go to the Moss Point School District. Prosecutors said the Kings used money raised by the gala for personal purchases, including the down payments to buy vehicles, cash withdrawals and the payment of credit card debts to buy a Biewer terrier from a veterinary clinic in Hattiesburg.

Moss Point has a population of about 13,350. It is in coastal Jackson County, near the Alabama state line. The city has about a 22% poverty rate, according to the Census. 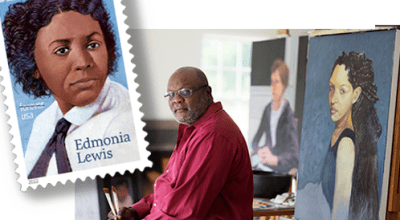