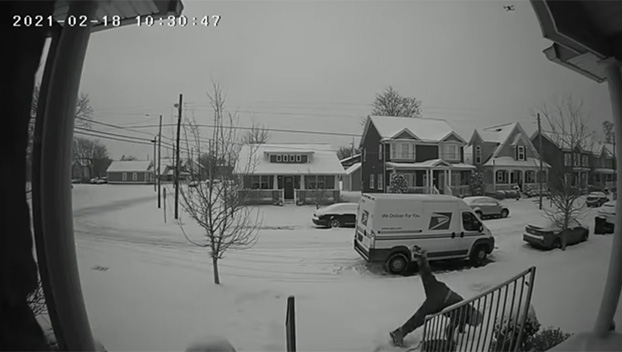 The postal carriers creed may talk about their commitment to getting the mail to people’s doorsteps, but it doesn’t say they can’t have fun while doing it.

One Kentucky woman caught her postal carrier spinning cartwheels and making snow angels on her front walk, thanks to her newly-installed home surveillance system.

The video from her Louisville front porch shows the carrier throwing his bag down on the snow-covered ground and then suddenly cartwheeling into snow. Afterward, he does snow angels on the front walk, before getting up and walking away.

The postman was reportedly trying to record himself using a drone, but did not get the shot. When he found out about the home surveillance video, he told Wilson that he was thankful made the recording.

Wilson told WHAS in Louisville that she decided to share the video to help brighten people’s days.