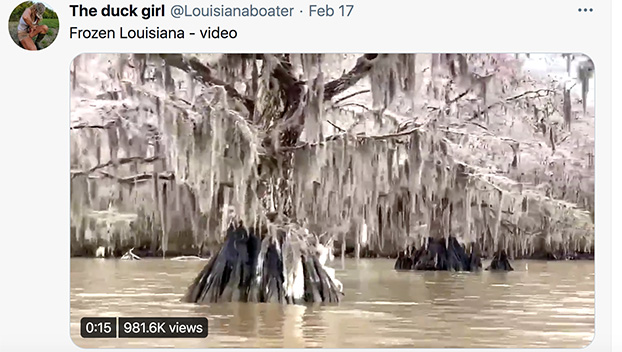 Even the Louisiana landscape has been transformed into a winter wonderland thanks to the snow and ice.

Video taken early last week of ice covering Spanish-moss draped cypresses in a Louisiana swamp left social media users in awe after a video and photos of the landscape were posted on social media.

The video, taken and originally posted to Twitter on Wednesday by apparent Louisiana resident @louisianaboater, has caught the attention of many and has been viewed more than 981,000 times and been retweeted more than 2,000 times.

@louisianaboater took the video during an airboat ride on Tuesday.