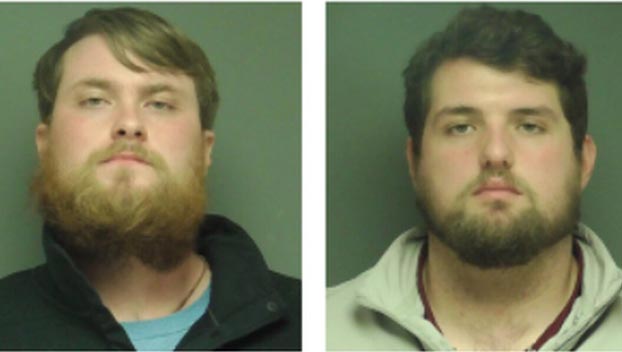 Two east Alabama high school teachers have been arrested after authorities say they were sexually involved with two teen students.

Jeremiah Douglas Farmer, 23, is facing charges of having sexual contact with a student and distributing obscene material to a student. His bonds total $13,500.

Greggory Alan Lane, 27, is facing charges of deviant sexual intercourse with a student and having sexual contact with a student. His bonds total $22,500.

Both were teachers at Walter Wellborn High School.

Calhoun County Sheriff Matthew Wade says the allegations of inappropriate conduct were made by students at the school to staff who notified the school resource officer.

Wade says the two men are no longer employed at the school.

Wade said the men were interacting with two different female students, sending nude pictures back and forth. Wade said the two teachers were aware of each other’s actions.

During the investigation, Wade said detectives learned that both teachers were also selling THC pods and marijuana to students.

The investigation is ongoing and more charges are possible, Wade said.