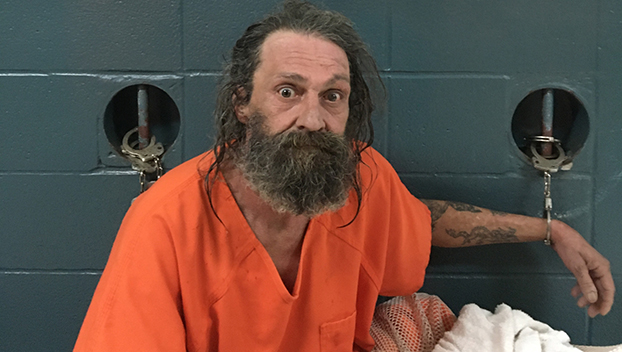 A Louisiana man was arrested after reportedly living with the deceased body of his roommate for months.

Ronald Griffith, 58, was booked into the Natchitoches Parish Jail on Feb. 21 on one count of unlawful disposal of remains. Additional charges are possible the Louisiana State Fire Marshal’s Office reported Wednesday morning.

At approximately 10:45 a.m., Natchitoches firefighters responded to a report of a trailer fire located in the 1900 block of Highway 6. Firefighters requested the state fire marshal’s assistance with the investigation following the discovery of a body that appeared to have been dead prior to the fire. The body of a pet dog was also located inside of the residence.

While official identification and cause of death are pending an autopsy, the victim is believed to be a 49-year-old transient woman from Mississippi who had been intermittently staying at the trailer with Griffith, the homeowner, for the past two years.

After an assessment of the fire scene, deputies determined the fire originated in the trailer’s kitchen area. While the official cause is still undetermined, deputies have not ruled out the possibility of an electrical malfunction due to unattended space heaters being a contributing factor.

In an interview with deputies, Griffith claimed to have allowed the woman to stay at his trailer after finding her sleeping in the cemetery where he worked. Griffith reported to deputies that he discovered her dead one day, and instead of notifying authorities, he left the body where he found it in the bedroom.

This investigation is ongoing.