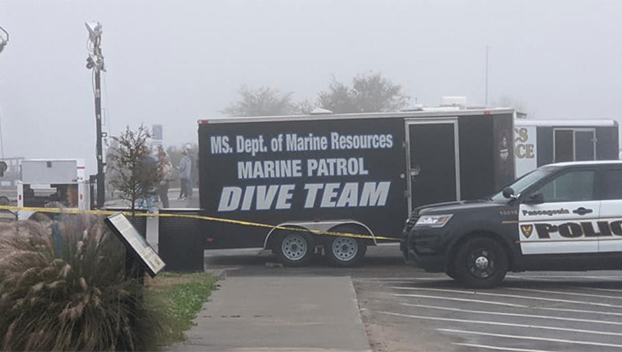 After a nearly two-day search, authorities have recovered the body of a man who is believed to have drowned Sunday in Pascagoula.

The body of  Grady “Buck” Williams, 54 of Moss Point was recovered on Tuesday in Yazoo Bayou, using the help of helicopters, boats, water drones, sonar and other tools.

Multiple agencies and volunteers responded Sunday to begin recovery efforts to find Williams, including the Jackson County Sheriff Department’s flotilla, as well as boats from Pascagoula Police, Department of Marine Resources, and the U.S. Coast Guard.

Williams was launching his boat the Pascagoula Point Park around 3 p.m Sunday when he lost control of the vessel and it drifted away into Yazoo Bayou, said police. After putting personal items in his truck, authorities say Williams was seen on surveillance video going into the water to swim across the bayou to his boat. He went under and never resurfaced.

Monday’s rain and wind, as well as the morning fog, made the search even harder for crews.

The Pascagoula Police Department said it thanks all agencies that assisted and residents who came out to offer food, drinks and prayers for all involved in the tragedy.