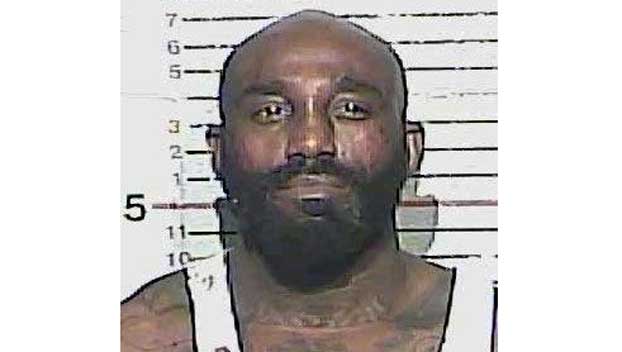 A malfunctioning handgun was all that kept a Frankfort police officer from being seriously injured while arresting an auto theft suspect Friday night.

The suspect, 41-year-old Stefan L. Harris, of Frankfort, allegedly put a handgun to the torso of an officer and pulled the trigger several times at a convenience store on Louisville Road. The officer was not identified.

“We were very very lucky Friday night,” she said. “In my memory, this is the closest we’ve been to a tragic situation like this.”

About 7:50 p.m. Friday, the car was located at a Marathon convenience store on Louisville Road. Two officers responded, Aubrey said, and approached the vehicle.

According to the citation filed by FPD Detective Jason Gannone, Harris became combative with officers and began fighting them.

The gun never fired, and officers disarmed Harris again before arresting him.

Aubrey said one of the firearms had been reported stolen as well.

She said the two officers in the altercation returned to work the following evening.

“We checked on them multiple times through the weekend and they both worked the rest of the weekend,” she said.

Both officers were wearing their tactical vests at the time, she said.

After Harris was placed in custody, officers found two glass pipes, one of which had a crystal residue on it, in his jacket pocket. While at Frankfort Regional Medical Center, Harris told officers he had recently used methamphetamine, according to the arrest citation.

The vehicle was returned to its owner, police said.

Harris was charged with attempted murder (police officer), a Class B felony; possession of a handgun by a convicted felon, a Class C felony; third-degree assault, first-degree possession of a controlled substance and receiving stolen property (firearm), all Class D felonies; resisting arrest, first-degree disorderly conduct, possession of drug paraphernalia and unauthorized use of a motor vehicle, a Class A misdemeanor; third-degree criminal mischief, a Class B misdemeanor; and public intoxication, a violation.

Harris is being held in the Franklin County Regional Jail on a $50,000 cash bond.

He was also served warrants from Shelby County for second-degree burglary, a Class C felony; fourth-degree assault, a Class A misdemeanor; criminal mischief, a Class B misdemeanor; and first-degree persistent felony offender. He is being held on a $10,000 cash bond on those charges.

Republished with permission of The State-Journal in Frankfort, Kentucky.