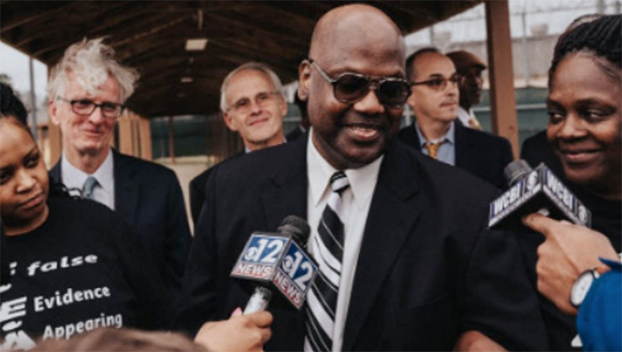 The man wrongfully accused in the deaths of 4 people in Winona will receive a total of half a million dollars from the state of Mississippi.

Curtis Flowers will receive $50,000 a year for each year he was behind bars.

A law that went into effect in 2009 requires the state of Mississippi to pay compensation to people who are wrongfully convicted or imprisoned.

Flowers faced six trials, four resulting in death sentences and more than 2 decades behind bars, stemming from the 1996 deaths at the Tardy Furniture Store in Winona.

Flowers was accused of murdering four people at the furniture store in July 1996. He was tried six times, resulting in four convictions, all of which were overturned by higher courts, including the U.S. Supreme Court.

In 2020, all charges against Mississippi death-row prisoner Curtis Flowers were dismissed.