Athletes to NCAA: Refuse championships in states that ban transgender athletes — like Mississippi did Thursday 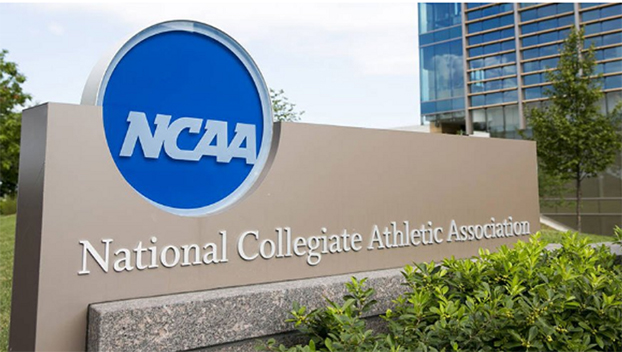 More than 500 student-athletes sent a letter to NCAA President Mark Emmert and the NCAA Board of Governors calling for the institution to uphold its nondiscrimination policy and publicly refuse to host championships in states with bans against trans athletes.

The letter called on the NCAA to “uphold its nondiscrimination policy” and not hold championships in states that bar transgender athletes from playing with members of the same gender. It comes as lawmakers across the country, including those in Mississippi, have recently pursued legislation to exclude some transgender students from sports and require them to play with a team based on their sex assigned at birth.

Mississippi Republican Gov. Tate Reeves signed a bill Thursday to ban transgender athletes from competing on girls’ or women’s sports teams. Mississippi is the first state this year to enact such a ban, after a federal court blocked an Idaho law last year. Mississippi’s Senate Bill 2536 is set to become law July 1, although a legal challenge is possible.

The letter written to the NCAA said the harm such legislation will cause will be felt by generations of athletes to come.

“Trans youth will not be able to play and excel at the sports they love, causing a ripple effect that will eventually remove an integral element of the diversity of college sport,” the letter stated. “Failure to speak up now will harm current and future athletes – perhaps irreparably.”

The letter goes on to say that “all athletes are worthy of protection.”

“No athlete should feel unsafe being who they are. Please show us that your practices align with your priorities,” the letter reads.

The NCAA released a statement in January saying it would “closely monitor” bills that “impact transgender student-athlete participation” and referred to those comments when asked for a response by The Hill.

Below is the letter written signed by the athletes. Click here to see the list of 500 athletes who signed the letter as reported by athletealley.org :

“Mr. Mark Emmert and the NCAA Board of Governors:

We, the undersigned NCAA student-athletes, are extremely frustrated and disappointed by the lack of action taken by the NCAA to recognize the dangers of hosting events in states that create a hostile environment for student-athletes. HB500 in Idaho, even with the current injunction, is still is an incredibly harmful bill that sets a dangerous precedent of subjecting all women athletes to potential invasive gender verification tests while also effectively banning transgender women athletes from competition. Multiple states are following suit this year and have already introduced bills similar to Idaho’s HB500. You have been silent in the face of hateful legislation in states that are slated to host championships, even though those states are close to passing anti-transgender legislation.

It is imperative that we know we are safe and supported in the NCAA no matter where we travel to compete. The NCAA claims to prioritize the safety, excellence, and physical and emotional well being of its student athletes and asserts that all athletes deserve a fair shot. However, it is impossible for women athletes to feel safe and supported in environments where their personal identity and integrity is questioned. The reality is that these many of these bills cannot possibly be enforced without inviting policing and bullying of all student athletes who do not meet stereotypes of gender, and could empower any person to force any student athlete to undergo invasive physical exams or hormone tests in order to “prove” their gender. Put simply: the NCAA must speak out against bills that directly affect their student athlete population if they want to uphold their self-professed ideals of keeping college sports safe and promoting the excellence of physical and mental well being for student-athletes.

The harm these bills will cause will be felt by generations of athletes to come. Trans youth will not be able to play and excel at the sports they love, causing a ripple effect that will eventually remove an integral element of the diversity of college sport. Failure to speak up now will harm current and future athletes – perhaps irreparably.

As athletes, we want to compete in the sports we love without fear. The NCAA claims to support all of its student athletes. Yet by continuing to offer bids to states with discriminatory legislation, you are endangering the wellbeing of all student athletes. No monetary gain is worth more than the safety of athletes. We call upon you to ensure that the NCAA lives up to the guidelines and standards that they claim to uphold by making a firm statement that you will uphold the NCAA Anti-Discrimination Policy and only operate championships and events in states that promote an inclusive atmosphere.

All athletes deserve to compete. All athletes are worthy of protection. No athlete should feel unsafe being who they are. Please show us that your practices align with your priorities. “