This Mississippi city is competing for the title of Strongest Town in U.S., Canada. It needs your vote 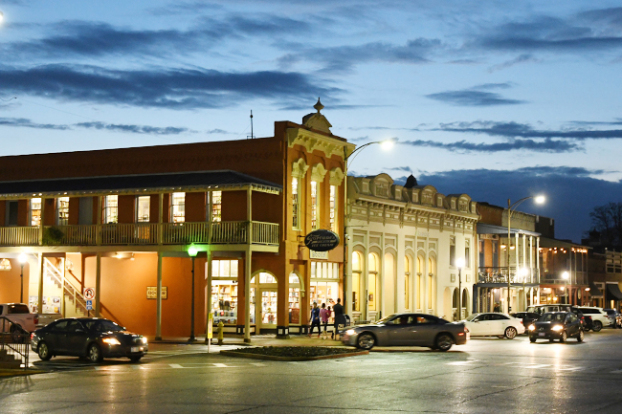 One Mississippi city needs your vote as the Strongest Town in the U.S. and Canada.

Oxford is taking on 15 other communities in the sixth-annual Strongest Town Competition, a bracket-style competition to decide which town has done the best in meeting the challenges brought by COVID-19.

In the first round, Oxford is taking on Ridgewood, N.J.

Voting opened Monday in the tournament-style competition, which “celebrates communities that are striving to build fiscal resilience and prosperity for all.”

Votes can be cast at www.StrongTowns.org/strongesttown. The eight communities that receive the most votes before noon on Thursday, March 18 will progress to round two. Sixteen communities were selected from across the United States and Canada to compete in this year’s contest. Additional round one matchups include: Kenmore, Washington vs. Coaldale, Alberta; Norfolk, Virginia vs. Bentonville, Arkansas; Osakis, Minnesota vs. Yellow Springs, Ohio; Sleepy Hollow, New York vs. Middleton, Wisconsin; Lockport, Illinois vs. Bellingham, Washington; Bismarck, North Dakota vs. Elkhart, Indiana and Northfield, Vermont vs. Edmond, Oklahoma.

During the contest Strong Towns will feature a different aspect of communities on its site, and allowing the public to vote on which towns are best applying the Strong Towns approach “to create a thriving place.” According to Strong Towns, this year’s communities were nominated to the contest “based on how their town rose to address the challenges that came with the coronavirus pandemic.”

Among their arguments for why Oxford is the Strongest Town is its Vision 2037 comprehensive plan and new development code along with the city’s conservative use of its bonding capacity, annexation and offering of tax incentives to developers. It also focused on its efforts make city government meetings accessible to the public including virtually during the pandemic, as well as the steps the City of Oxford and the Chamber took together to help local businesses including the Serving Oxford Safely website and the creation of outdoor spaces for dining, which have proved so popular they could become permanent fixtures.

A winner will be announced April 9, and Strong Towns President Charles Marohn will visit it to celebrate the victory and share the Strong Towns message. In addition, Strong Town Media will profile the winning community on its website.

“The Strongest Town Contest is relentlessly positive,” Strong Towns Content Manager and contest organizer John Pattison said, in a release. “Although there can only be one winner, we love the opportunity to showcase the great work being done in all these communities. There’s a lot we can learn from this year’s Strongest Town contestants, especially about how they’ve stepped up to the challenges of the pandemic.”

Strong Towns is a non-profit “media advocacy organization” based in Minnesota. Its mission is to “Help local leaders identify the cause of decline in our cities and take action to build a stronger, financially resilient future. The Strong Towns movement is reshaping the North American development pattern with a return to bottom-up, incremental growth.”