Cities up and down Mississippi river welcome return of tourists, tourism dollars 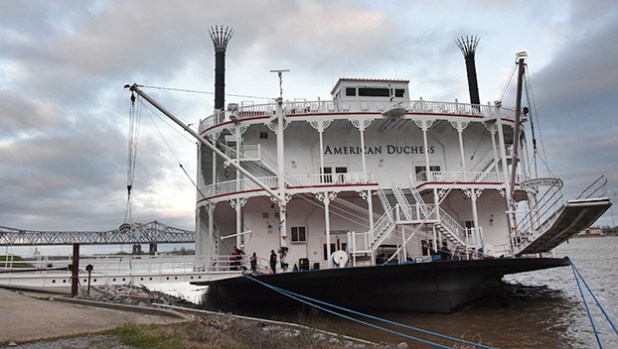 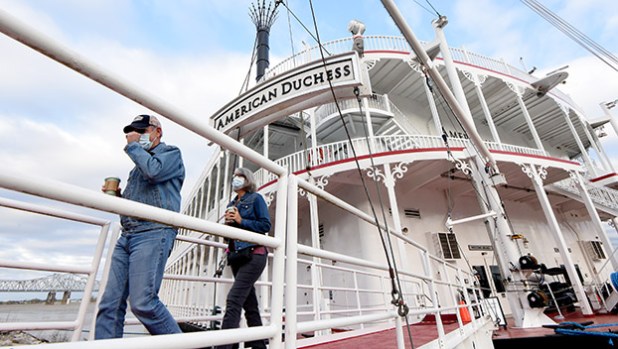 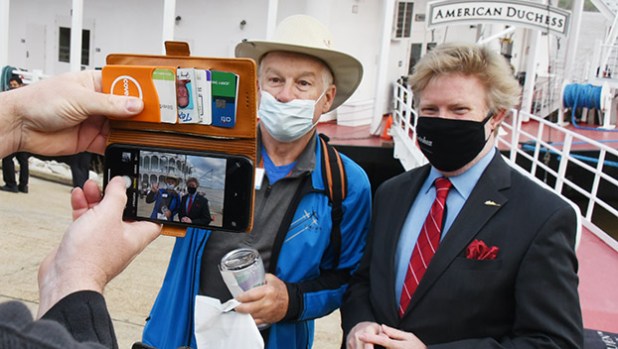 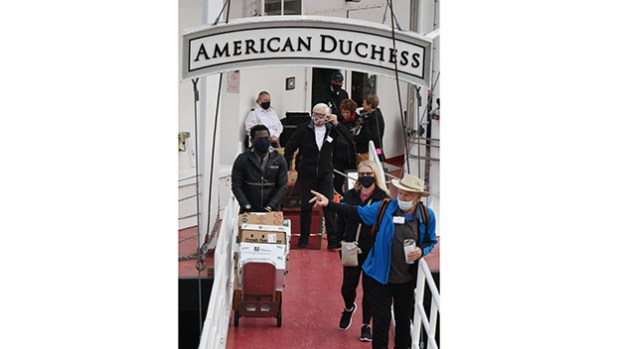 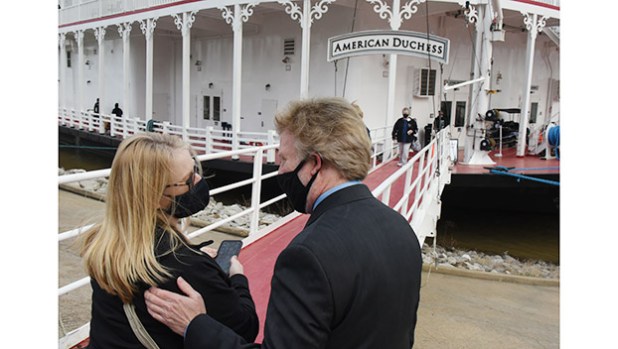 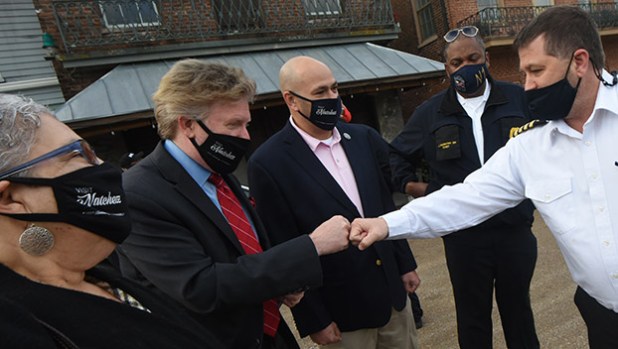 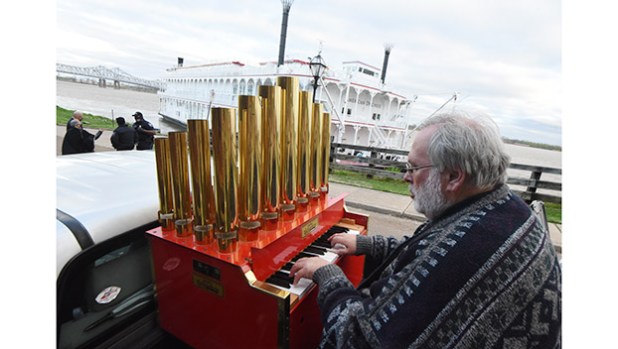 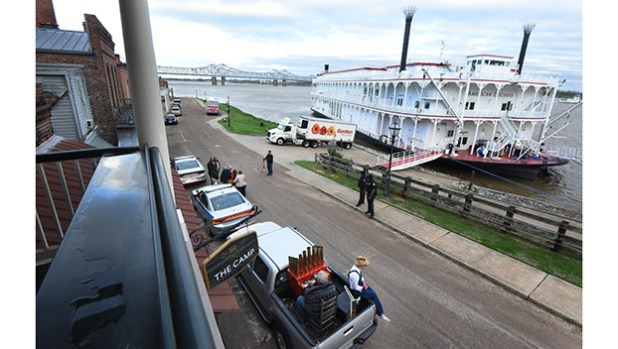 If you listened closely you may have heard shouts of joy from tourism officials on the west side of the state Thursday morning when for the first time in more than a year a riverboat filled with tourists dock in a Mississippi port.

Thursday morning, a steady stream of tourists were met with fist bumps and welcome back gifts as they disembarked from The American Queen Steamboat Company’s American Duchess docked at the bottom of Natchez high bluffs overlooking the river.

Natchez Mayor Dan Gibson had his photo taken with several passengers as they were met by a large delegation of local officials and tourism cheerleaders.

Natchez musician Burnley Cook played rousing tunes on his calliope, an instrument that was frequently played from the top deck of steamboats past.

From Natchez, the American Duchess will continue up the river to make stops in Vicksburg and other ports on the way to Memphis.

The American Duchess is not the only boat that will resume service up and down the river.

The American Queen Steamboat Company’s American Countess and the American Cruise Lines’ American Jazz and Queen of the Mississippi have planned tours tops in Natchez and other ports this month.

Leaders hope that the riverboats will rejuvenate river tourism up and down the river. Natchez leaders are already making plans for future riverboat business/

“We are very close to having the final map to where we can proceed with finalizing the agreement with American Cruise Lines and with Viking,” Gibson said.

American Cruise Lines was the first to pledge a third of the cost to the raising of Silver Street and the entire building of their dock and their offer is going to be matched by Viking, Gibson said.

Frank Klipsch of American Cruise Lines said the company is glad to be coming back to Natchez, adding the company is also supportive of the city’s plan to raise Silver Street and build new docks.

“We currently have four boats on the river, working on the fifth. Over the next couple of years will have a total of nine boats. We’re going to be here a lot. … We’re ready to invest in the city,” Klipsch said to the Aldermen Tuesday.