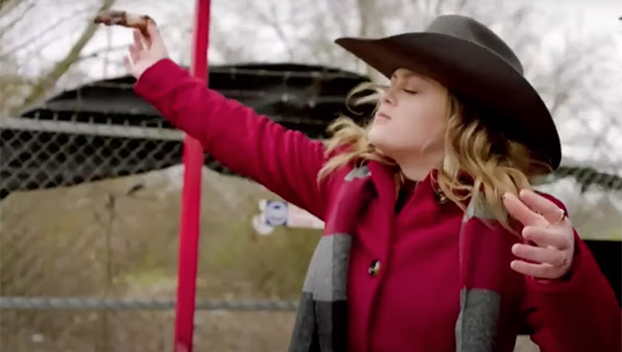 17-year-old Mississippi singer Hannah Everhart promised ‘American Idol’ judge Katy Perry that she would bring her a slab of ribs from her hometown of Canton the next time she saw the superstar.

Looks like she will have to make good on her promise, now that she has made the Top 24 on the annual television singing competition.

Leaving the stage with a smile on her face after her spot in the show was revealed, Perry asked Everhart if it would be a half-slab or full-slab of ribs.

Later the singer talked to WAPT-TV in Jackson about her experience.

“Having the judges believe in me the way that they do, and thinking that I was good enough to be in the Top 24 was just a proud moment for me,” Hannah Everhart, of Canton, told WAPT-TV.

She flew to California a few months ago — her first time on a plane — after impressing Idol’s judges on a Zoom audition. She sang “Wayfaring Stranger” and Etta James’s “At Last.”

During the show’s next episode, she will be performing live for the first time: a duet with country music singer Jason Aldean.

“The song that we are singing together is country, and that fits me to a T,” Everhart said.
“American Idol” airs Sunday and Monday.