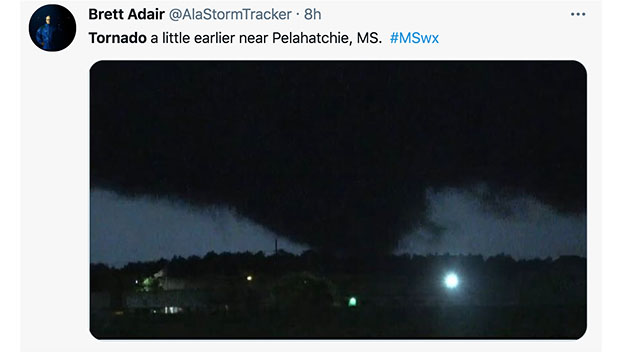 Video and pictures of a tornado touching down in Rankin County were posted on social media Friday night.

Kim Leoffler, a national weather reporter and multimedia journalist for Accuweather posted a video of the funnel cloud on Twitter.

Officials from the Rankin County Sheriff Office have reported that trees and powerlines fell on a mobile home and vehicle at Lake Harbor. A tree was also reported down in the Castlewoods neighborhood.

A concert at the Brandon Amphitheater was canceled when the tornado warning was issued in the northeastern part of the county.