Where is the hottest city in Mississippi? Recent data says residents face more extreme heat than ever 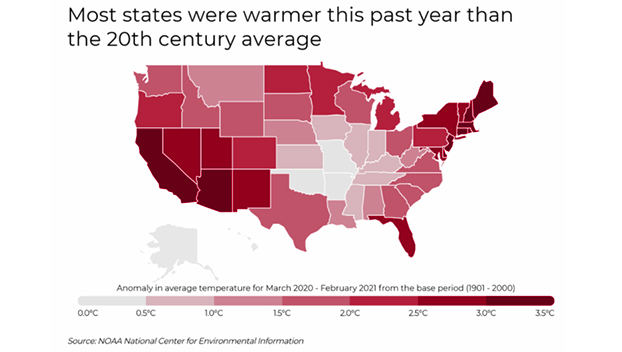 While most Mississippi residents know it gets hot in the summertime, one city outbakes all of the others in the Magnolia State.

You might think the hottest city in Mississippi is in the southern part of the state. Think again.

With more than 90 days of sweltering temperatures above 90 degrees and an average summer lows at 69 degrees and average summer highs at 93,4 degreed Hernando — in the northwestern corner of the state — is the hottest city in the state, according to the latest data from the National Oceanic and Atmospheric Administration.

With summer just a few months away, and the U.S. increasing COVID-19 vaccination rates, Americans are gearing up for the possibility of a more normal summer season. But while residents in the northern U.S. typically enjoy comfortably warm temperatures, Americans in other parts of the country increasingly face months of extreme heat and other severe weather events. According to data from NOAA, some U.S. cities experience nearly 200 days per year with temperatures of 90℉ or higher, a number that’s rising.

In 2020, the global temperature average was 1.6℃ higher (2.84℉) than the average temperature from the last century, making it the warmest year on record (tied with year 2016). The impacts of global climate change are already occurring in the form of sea ice depletion, faster rise in sea levels, and more intense heat waves. Scientists predict that global temperatures will continue to increase, although not uniformly, and much of the western and central parts of the U.S. will be subject to more frequent and extreme summer heat waves.

For more information, a detailed methodology, and complete results, you can find the original report on Filterbuy’s website: https://filterbuy.com/resources/hottest-city-in-each-state