Officials: Mississippi man begged not to be part of ‘illegal activities’ before being found dead on Texas street 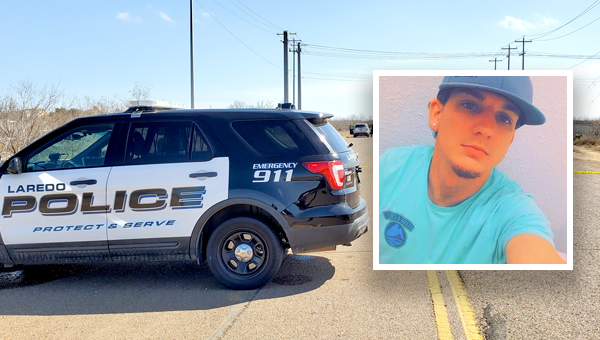 Justin Heath Allen was found shot to death on a Laredo, Texas street on Feb. 23. Another Vicksburg man, Colton Quade Branning, is charged with killing Allen.

Just hours before he was found dead at the end of a street in Laredo, Texas, Vicksburg resident Justin Heath Allen shared with a witness he did not want to go through with plans to “smuggle a load of narcotics” across the Mexican border.

According to testimony found within an arrest warrant issued by the Laredo Police Department and obtained by The Vicksburg Post, Allen, in messages sent to a witness, said he had traveled to Laredo with two other men, including Vicksburg resident Colton Quade Branning, on Feb. 14 for a job Branning had arranged.

In the messages, the last of which was received at 10:51 p.m. on Feb. 22, the witness told authorities that, “(Branning) wanted (Allen) to smuggle a load of narcotics,” the warrant reads. “(Allen) further begged (the witness) to pick him up in Laredo as he claimed to miss his family and was not willing to participate in illegal activities.”

Laredo is a city of more than 260,000 people located on the U.S.-Mexico border, about 155 miles south of San Antonio. It sits across the border from the Mexican city of Nuevo Laredo, which has a population of about 375,000. The border crossing between the two cities is one of the most popular for drug smugglers bringing their product into the United States.

The warrant also claimed that the witness told officials “(Branning) was known to smuggle narcotics from Mexico into the United States and had an extensive criminal history.”

The witness, according to the warrant, also said Branning was aware of Allen’s death and “had not seen (Allen) in the last few days.” She said Branning said Allen “possibly got involved with the Mexican cartel.”

Allen’s body was discovered at around 9:15 a.m. on Feb. 23 on a dead-end road in Laredo, near the Texas Department of Public Safety’s Crime Laboratory. Allen was found face up with a pocket knife in his right hand and had been shot one time in the head. A spent shell casing was found nearby. He was declared dead at 10:23 a.m.

The warrant states that Allen was killed “on or about” Feb. 22.

In reviewing surveillance cameras from nearby businesses, investigators discovered footage that showed a dark-colored passenger vehicle, matching the description of a Dodge Charger rented by Branning, driving in the area on Feb. 22 at 11:28 p.m. near where Allen’s body was found the next day. The vehicle’s description and Branning’s information were distributed to other law enforcement agencies, including the Texas Department of Public Safety and Texas Rangers.

Branning was not a key suspect at the time, but thinking his life might be in danger, Rangers discovered his cell phone had pinged a cell phone tower in the Houston area, more than 300 miles away from Laredo.

At about 9:45 p.m. on Feb. 23, the vehicle was located at a hotel in Winnie, Texas, a city located on Interstate 10 between Houston and Beaumont, Texas.

At the hotel, Branning and another man, Drew Grabert, were taken into custody and transported to the Texas Highway Patrol office in Wallisville, Texas, where they were interviewed.

According to the warrant, during the interview, Branning said “he knew (Allen) had been killed because his mother had told him.” It also said Branning “started crying and became emotionally upset about (Allen’s) death.”

The warrant said that Branning changed his story a number of times during the interview and was later transported to Chambers County Jail, just east of Houston, for possession of marijuana.

The next day, on Feb. 24, the Laredo Police Department received an anonymous tip leading them to the discovery of a semi-automatic handgun with ammunition inside of a trash can. The handgun was determined to have been the weapon used to kill Allen.

On Feb. 25, Laredo Police Department detectives interviewed Branning at the Chambers County Jail, but during the interview, Branning invoked his right to counsel. Branning was released from jail that same day.

In connecting the evidence at the scene and through interviews, the Laredo Police Department filed the arrest warrant, accusing Branning for “knowingly cause the death of (Justin Heath Allen), by (inflicting a single gunshot wound to the victim’s head.)”

Allen is survived by his two sons, Kaston Lee Allen and James Dennis Allen of Vicksburg; his sister, Kamryn Allen of Hernando; his brother, Zack Allen of Oxford; his mother, Joey Overstreet Bruckner (Sean) of Hernando; his father, Heath Allen (Kelly) of Batesville; paternal grandparents, Jimmy and Karen Allen of Batesville; maternal grandparents, Larry and Jonie Overstreet of Oxford; and a host of nieces and nephews.

Where is the hottest city in Mississippi? Recent data…