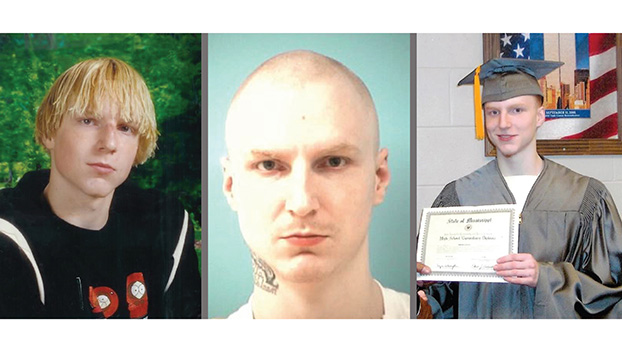 For nearly two decades, the U.S. Supreme Court has chipped away at harsh punishment for juveniles convicted in homicides.

In 2005, justices banned death sentences. Seven years later, they concluded in Miller v. Alabama that life without parole sentences for these juveniles should be rare, given only to those who are “permanently incorrigible.” In Montgomery v. Louisiana they made that decision retroactive.

But on Thursday the conservative-majority court reversed that trend, concluding in a 6-3 decision that courts could sentence juveniles to life without hope of parole, even without a finding that a juvenile was permanently incorrigible.

“The Court simply rewrites Miller and Montgomery to say what the Court now wishes they had said, and then denies that it has done any such thing,” she wrote. “The Court knows what it is doing.”

In a concurring opinion, Justice Clarence Thomas acknowledged this problem, saying it “would be simpler to reject Montgomery in both name and substance.”

Will Bardwell, senior supervising attorney at the Southern Poverty Law Center, said the decision “wipes out nearly a decade of legal precedent and opens the door to arbitrary decisions that will punish the criminal justice system’s most vulnerable participants: children. A child who commits a terrible mistake deserves the opportunity to show that she has changed and need not die in prison. But the Jones decision abandons those children.”

He hopes elected officials will now “cure this travesty,” he said. “They should act boldly and quickly.”

Thursday’s decision could affect the future of the 87 juveniles sentenced to life without parole in Mississippi before Miller. More than two-thirds of them are Black.

Since that 2012 decision, eight of a dozen Mississippi juveniles convicted of capital murder have received life-without-parole sentences. All but one are Black.

On Nov. 3, justices heard arguments involving Brett Jones, who received a life without parole sentence in Mississippi for stabbing his grandfather to death during an argument. He was 15 at the time and said he acted in self-defense.

In his decision, Kavanaugh noted that ,when the knife Jones was using against his grandfather broke, he grabbed another knife and kept stabbing.

“Jones did not call 911,” Kavanaugh wrote. “Instead, he haphazardly attempted to cover up his role in the murder.”

A jury convicted Jones of murder, and he was automatically sentenced to life without parole.

The Mississippi Supreme Court ordered a new sentencing hearing where the judge could consider Jones’ youth and other factors in deciding the sentence.

In that hearing, Jones’ lawyers detailed his home life, which included being choked and beaten. They also described how he had changed since conviction, earning his GED.

Despite that evidence, the judge sentenced him again to life without parole.

To prove her point that the high court had reversed precedents, Sotomayor quoted from the Miller decision: “A lifetime in prison is a disproportionate sentence for all but the rarest children, those whose crimes reflect ‘irreparable corruption.’”

She detailed how juveniles are less mature, more impulsive and more susceptible to outside pressures: “As individuals mature, the impetuousness and recklessness that may dominate in younger years can subside.”

She questioned why the Miller decision has been reduced to considerations of a juvenile’s youth and nothing else.

“Such an abrupt break from precedent demands ‘special justification. The Court offers none,” she wrote. “The Court is fooling no one.”