Watch out rabbits! Close to 40 gopher tortoises released into the wilds of Mississippi 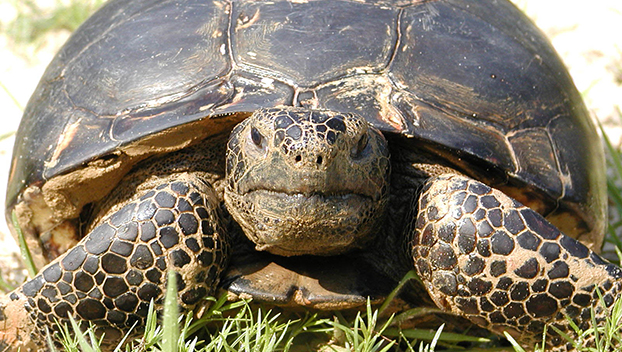 Close to 40 gopher tortoises were released this past weekend in Mississippi after spending the first two years of their lives in captivity.

WLOX-TV reports that because the gopher tortoise is a threatened species, The Nature Conservancy caretakers wait until they are two to release them. At that age, their shells have hardened, and they are able to dig deep burrows.

Gopher tortoises got their name because they burrow. Their dens become homes to hundreds of other species that live in dwindling longleaf pine forests, including endangered dusky gopher frogs.

They’re native from South Carolina to Florida and west into Louisiana, but their numbers have fallen as the forests were felled.

According to The Nature Conservancy, the 38 gopher tortoises released this past weekend were freed near three different adult tortoise burrows. Within an hour, a number of them began to dig burrows, according to WLOX reports.