Fists and furniture hurled during brawl at popular Mississippi restaurant 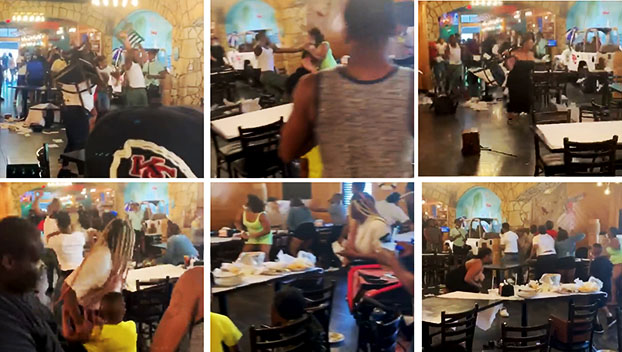 A Mississippi restaurant is asking for help in identifying a group of people that tore apart its dining room during an all-out brawl where everything from tableware to dining chairs were used as weapons.

The fight happened between two groups of customers happened at the Juicy Seafood Kickin Crab, a popular restaurant near Countyline Road in Jackson Saturday.

According to local news sources, the fight started when the two families started trading insults between the tables. The insults escalated into a large fight that had other customers, including children, and restaurant staff ducking for cover.

Click here for a link to a video that was taken during the incident (Warning: This video contains language that might not be suitable for all audiences).