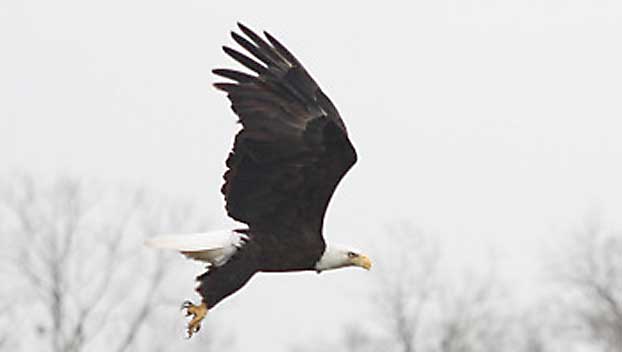 A Mississippi man has pleaded guilty to a misdemeanor charge of shooting a protected bald eagle.

Timothy Lee Childers, 69, of Aberdeen, entered the guilty plea Wednesday in federal court in Oxford, according to a news release Thursday from the U.S. attorney’s office in northern Mississippi.

Childers shot and killed the eagle on his property in Monroe County on Sept. 11, 2020, the release said.

U.S. Magistrate Judge David A. Sanders put Childers on probation for one year and ordered him to pay $3,500 in restitution to the U.S. Army Corps of Engineers and a fine of $3,500.

Childers also forfeited the gun and scope used to shoot the mature bird. Those go to the Mississippi Department of Wildlife, Fisheries and Parks.

“In this case, which involved the deliberate and senseless shooting of a bald eagle that was flying near a residence, we are pleased that justice has been served,” Clark said.

‘We didn’t write the laws’ Mississippi sheriff said he…