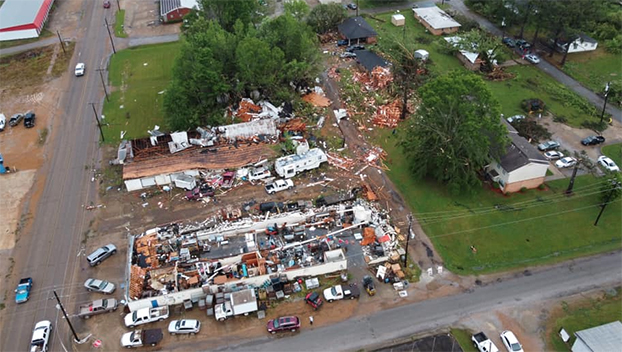 The sheriff’s office shared photos and a video of damage from what was likely a tornado in the city and in the county on social media.

“Light poles have been snapped off. Trees in a few homes. Trees on vehicles. Damage to several businesses. Fortunately we have had no reports at this time of injuries,” Pollan posted on Facebook, asking people to stay off the roads. “Emergency personnel are working feverishly to open the roads as quickly as possible.”

News outlets also reported tornados near Yazoo City, Byram and Tchula earlier in the day. The National Weather Service in Jackson shared several images of funnel clouds across different parts of the state.

Impressive video of tornado near Yazoo City just one…