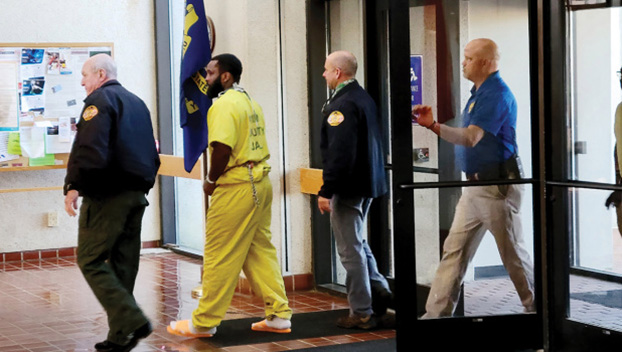 Jurors will be chosen from northern Mississippi later this year and taken to the southern part of the state for the death penalty trial of a man charged with killing two police officers in 2018.

Jurors will be taken about 345 miles (555 kilometers) south for the trial in Pike County. The killings occurred in Lincoln County, which is just north of Pike.

Flowers, now 28, is charged with capital murder in the deaths of Brookhaven Police Department Cpl. Zach Moak, 31, and patrol officer James White, 35. They were shot to death Sept. 29, 2018, while responding to a call about shots being fired at a home.

McKenzie had already ruled in December that the trial could be moved outside Lincoln County because of heavy news coverage when the officers were killed. District Attorney Dee Bates has said he is pursuing the death penalty in the case.

Flowers was on parole for a vehicle burglary conviction when Moak and White were killed. Flowers was arrested and charged shortly after the officers were killed, and he was sent to the state prison system to finish serving that sentence. Flowers was moved in March 2020 from Central Mississippi Correctional Facility to a county jail.

On Oct. 28, 2019, Flowers was indicted on two counts of capital murder and possession of a firearm by a convicted felon. He pleaded not guilty to all three counts on Nov. 12, 2019.

Mississippi legislators voted this year to name a section of U.S. Highway 51 in Lincoln County in honor of Moak and White, and federal legislation named a post office in Brookhaven in honor of the two officers and a Lincoln County deputy, Donald William Durr, who was shot to death while responding to a disturbance at another home in May 2017. Local officials recently unveiled signs honoring the officers on the building and by the highway.