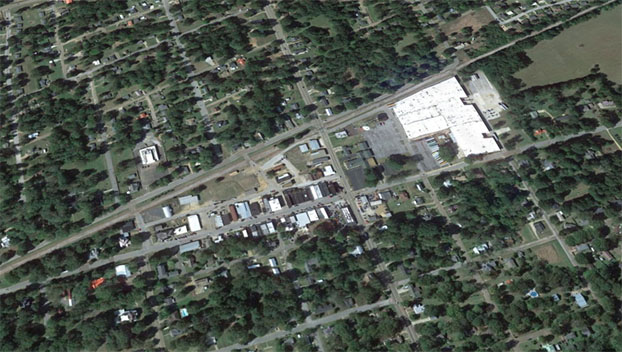 Officials from one Mississippi town are angry after one of its state representatives said he voted against the renewal of a local tourism tax because documents given to him by town officials showed “borderline abuse and waste.”

Officials in the Town of Sardis, already unhappy with State Rep. Brady Williamson’s decision to vote against the renewal of the local Tourism Tax expressed their displeasure with Williamson’s comments at a recent event in Oxford.

“The Sardis tourism tax was supposed to have an audit when it came to me. It didn’t have an audit. They gave me a list of transactions that they wanted to disclose to me and many of those were borderline abuse and waste, and not really any accountability, so I killed the tax,” Williamson said in Oxford last week at a breakfast event sponsored by the Oxford-Lafayette Chamber of Commerce called “Eggs and Issues.”

Sardis officials maintain the Tourism Tax is needed in the town to help with livability projects the town could not afford without the extra help. The extra tax is a three percent levy on all restaurant food and hotel rooms, and is used for projects that promote tourism or improve existing structures.

Facade grants for small businesses, sidewalk repairs, and similar projects are funded by the extra tax. For Sardis, the Tourism Tax usually generated about $150,000 a year.

“There’s been a lot of pushback for that,” Williamson said. “I campaigned on a conservative platform and obviously will vote when removing a tax is something possible.”

Sardis alderman and vice mayor Michael Price said Williamson’s actions amounted to extortion because the representative met with the Sardis board and told them he wouldn’t consider voting for the Tourism Tax until the idea of the elimination of the state personal income tax gained traction, and their support.

“He never one time asked us any questions about the documentation for the Tourism Tax,” Price said. “I can’t believe that a state representative wouldn’t know that everything a city does is audited each year. Now he says that he will look closely at Batesville and Oxford when their Tourism Tax comes up. I think somebody has told him not to touch Batesville and Oxford, but why would he want to pick a fight with the smallest guy in the room?”

Sardis Mayor Lula Palmer had the same sentiments, saying, “Rep. Williamson came to my office and sat down with two of the aldermen and told us if we would help him get the state income tax bill passed he would support our tax, and said he was willing to put that in writing. He told us he was not going to vote for Oxford nor Batesville tax next year if his income tax bill did not pass because he had told his constituents he would not support any taxes.”

“We make sure we stay within the guidelines of the tax. The tax was authorized for not only tourism but also parks and economic development. There is not one item on the list that does not promote our town or benefits our parks or businesses. I challenge the representative to point out any item on the list that is borderline fraudulent, wasteful, or abusive,” Palmer said.

Price said the accusation of possible fraud was embarrassing to a town that already struggles with perception issues.

“We are a small black town, basically, with a black mayor and a majority black board. That’s already a challenge, and we try to do everything right by the book to avoid these types of accusations,” Price said. “Then a state representative comes along and says we are committing fraud? I call bush league on that.”

“(State Auditor) Shad White has become famous in the last year and a half walking people out of city halls,” Price said. “If Shad White didn’t have a problem with our town audit, then why should a state representative who only has two streets of Sardis in his district?”

Panola County officials, including the Batesville Mayor and Board of Aldermen, roundly criticized Williamson for his vote against the Sardis Tourism Tax, voicing great concern that Batesville’s own Tourism Tax will be in jeopardy when it is presented to the Legislature for renewal next year.

Batesville reaps about $1.5 million annually from the extra tax. Neighboring Oxford gets nearly $15 million through the program. Williamson said last week he has not made up his mind to vote against those renewal applications when presented to the Legislature in coming sessions.

“When those tax situations come to me, and there is no audit, and borderline fraud and abuse, it’s probably not going to have much support from me,” he said.

He said his accounting background demands he “look at them very closely” in light of the potential for waste by municipalities.

There will be masks, but no autographs. Miss Mississippi…