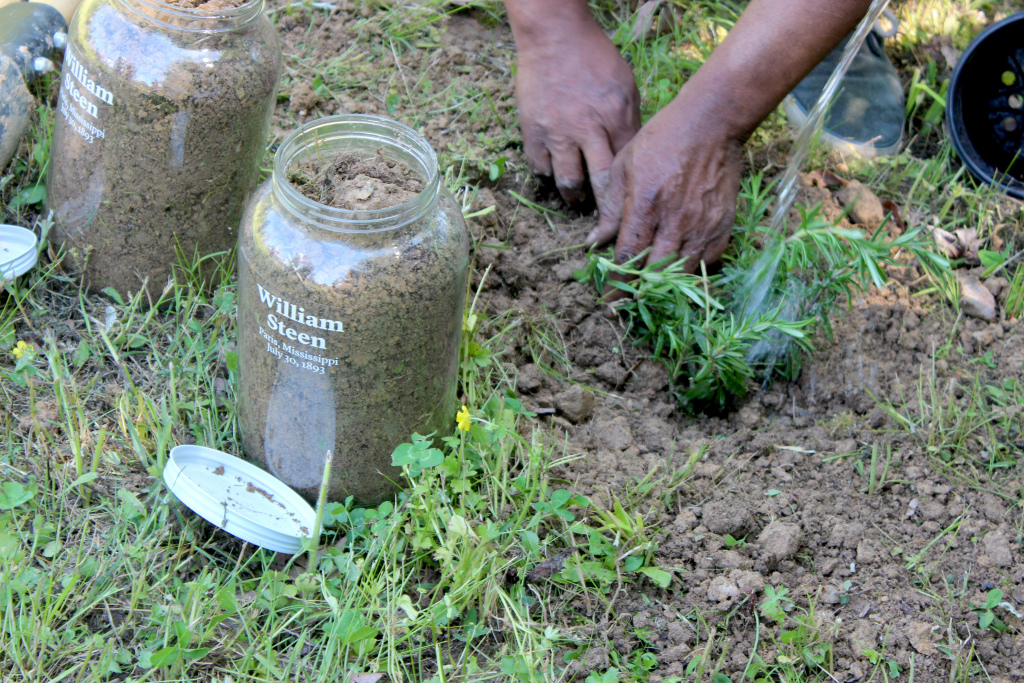 A group of around 40 people gathered in a small Mississippi community over the weekend to honor the memory of a man lynched in Lafayette County.

The William Winter Institute for Racial Reconciliation hosted the event in remembrance of William Steen, an African-American man lynched by a mob of white men in Paris, Miss., in 1893. The institute, with researcher Antonio Tarrell, chose the spot in Banner, Mississippi, due to its location near the Steen family cemetery.

Tarrell became involved with this project after learning that he was related to Steen. He contacted many of Will Steen’s descendants, and found their family’s gravesite for the ceremony.

“I started because I wanted to research ‘who am I,’” Tarrell said. “I wanted to pass that down to my son so he would know where we came from.”

The crowd, which consisted of many Steen family members, gathered soil from the location into collection jars to be historically preserved in part by the Equal Justice Initiative. After the participants filled the jars, steering committee member Effie Burt planted a rosemary plant to mark the location.

“This was my first time doing research for the marker,” Burt said. “I learned that the rosemary is a symbol of love and happiness, but It also helps with inflammation (and healing).”

According to the Winter Institute, the mob lynched Steen after he was accused of boasting about sexual relations with a white woman. The institute also noted that there were over 650 documented cases of lynching in Mississippi. Their records only noted seven cases in Lafayette County.

During the ceremony, Douglas Hill, an Oxford resident, spoke to the crowd about the connection between Steen’s lynching to the murder of George Floyd. Hill, a relative of Steen, said he saw much social change in his lifetime.

“I am so happy to live in a time when one policeman who killed a black man will be charged with murder,” Hill said.

The institute hosted the event in the backyard of Larson Fry, the marketing president at the Renaissance Back Oxford. Fry bought the property last summer, but said he did not know about the property’s history until he met with Tarrell.

“I am very interested in learning more about the context of the Steen family and how they came through those difficult times,” Fry said.

Fry’s property ends near the Steen family cemetery. Debra Longstreet-Jones, a Steen family member from Batesville, requested he keep the road on his property clear so that the family can visit the graveyard more often.

Tarrell filmed the ceremony for his upcoming documentary, “Telling the Truth.” Tarrell, an ongoing staff member at the Oxford Film Festival, said he wants to include information about the other six lynching victims in his documentary.

April Grayson, a director at the institute, also announced plans to place a plaque with the names of all seven lynching victims on the east side of the Oxford Courthouse lawn. They hope to host the event on September 25.

The Winter Institute will announce more information about the historical marker at a later date.