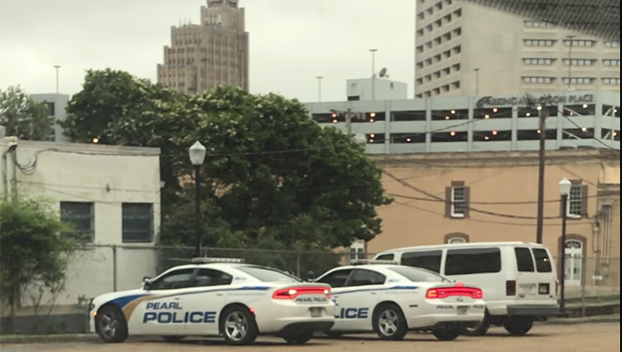 An advocacy group for Mississippians with disabilities is criticizing a Mississippi police department for a video that reportedly shows officers transporting a homeless woman to a neighboring city instead of offering care for the woman who reportedly also has a mental health disability.

The Pearl Police Department was accused by Disability Rights Mississippi for moving the woman out of its jurisdiction to rid itself of the problem.

A spokesperson with the city of Pearl to WJTV News in Jackson that officers were just giving the lady a common courtesy ride to Jackson to keep her from having to Continue to walk on Highway 80. The spokesperson said they asked the woman where she was headed and offered help to the bus station where she said she was going.

Officers dropped her off in an empty parking of a bus station that is no longer in service.

On the morning of  May 7, 2021, a Jackson, Mississippi, resident filmed two Pearl Police Department patrol cars driving through downtown Jackson to a parking lot on Lamar Street, dropping off a woman, and driving away. The individual filming the video ultimately spoke with the woman, confirming she was homeless and has a mental health disability. We are grateful the witness also worked to connect her with support.

“This is unconscionable. This practice of officers moving individuals across the borders of cities instead of ensuring she received the assistance she needed is dangerous and inhumane; it is also, to put it simply, lazy. It is difficult to witness this ‘not my problem’ attitude in action from those who are tasked with protecting our communities—including the individuals living in our communities who need mental health support.”

“We refuse to let this become a standard practice. We do not accept the excuses put forth by the Pearl Police Department. We will not allow blame to be shifted onto someone experiencing a mental health crisis. There are protocols and resources in place to protect individuals like this woman. Why did the officers not call the region’s mental health crisis center? How did they feel emboldened enough to drive miles away and — in broad daylight, in clearly marked vehicles — dump this individual in an empty parking lot with no further assistance.”

“We also refuse to let the Department of Mental Health not take their share of the responsibility for this recurring problem. The fact is, while there are resources for those with mental health disabilities, especially those in crisis, they can be difficult to access and are limited. The Department of Mental Health should be working overtime to streamline processes so individuals suffering from mental health crises have access to support they need in their own communities in a timely manner.”

“There are several forces at work here and, instead of different entities blaming one another for their failings, this Mental Health Awareness Month, we encourage each to accept their responsibility and to take action to protect the safety and dignity of vulnerable Mississippians.