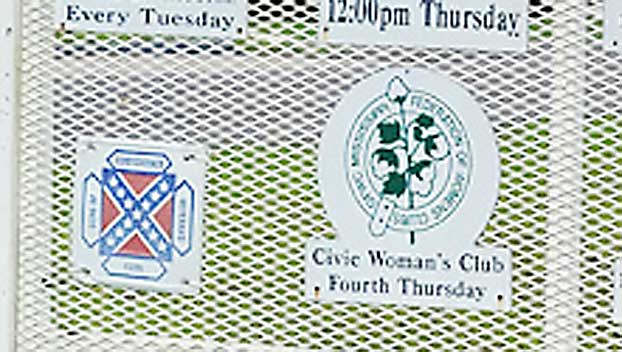 Signs denoting a local civic club that uses the Confederate Battle flag as its logo and a sign describing the history of local Confederate Companies have been put back in their respective places in Picayune after it was discovered that state law prohibits the removal of such items unless they are placed in an even more prominent spot.

The signs were removed last week after city officials received a complaint of their presence. Two of the three signs removed advertised the Sons of the Confederate Veterans, a local civic club.

Those signs were located at the two main entrances of the city, one along Memorial Boulevard near Interstate 59, and the other on Sycamore Road/Highway 43 North near the interstate. They were displayed along with signs advertising several other civic organizations. A third sign describing the history of Confederate Companies in Pearl River County was removed from its place in front of the Intermodal and Tourist Center along Highway 11. All of those signs have been reinstalled Tuesday evening, said Representative Stacey Wilkes.

Previous coverage states the signs were taken down because the City Council could not find a place in the minutes where installation of the sign at the Intermodal and Tourist Center had been approved. Complaints led to the removal of the Sons of Confederate Veterans signs.

It goes on to state, “The governing body may move the memorial to a more suitable location if it is determined that the location is more appropriate to displaying the monument.”

Wilkes said that the fact that the Council can not denote a place in its minutes where the sign at the Intermodal Transportation Center was approved is moot, because the sign had been installed. She added that the sign covering the history of Confederate Companies is in an ideal place since the Intermodal and Tourist Center houses a museum.

“They did the right thing by inquiring about it and wanting to do the right thing,” Wilkes said about the city’s administration calling her for clarification.